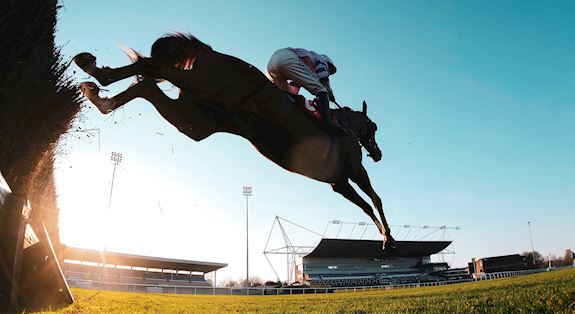 THE £150,000 HANDICAP CHASE AT KEMPTON PARK IN FEBRUARY IS RENAMED “THE CORAL TROPHY”

The feature £150,000 Grade Three handicap chase at Kempton Park on Saturday 26th February has been renamed The Coral Trophy by the new sponsor and the racecourse.

Staged over three miles, The Coral Trophy boasts an outstanding roll of honour with the likes of Desert Orchid, Rough Quest, Pendil, Rhyme ‘n’ Reason and Gloria Victis among its previous winners.

Coral Lanzarote Hurdle Day staged on January 15th also saw a significant increase in prize money due to this partnership.

Entries for the 2022 renewal of The Coral Trophy will be revealed on Tuesday 1st February. Coral will be producing a new perpetual trophy to present to the winning owner.

Barney Clifford, Regional Head of Racing and Clerk of the Course at Kempton Park, said:

“This handicap chase has always been an important part of the racing calendar and has been won by some wonderful horses down the years. In partnership with Coral, we want to keep this race at the forefront of owners’ and trainers’ minds and ensure that they target their best staying chasers here.

“By providing record prize money, renaming it The Coral Trophy and introducing a perpetual trophy for the winner, we hope that both the industry and racing fans alike will see that we are serious about reinvigorating the day and maintaining the prestige of this fantastic race.

“We are very grateful to Coral for sharing this ambition with us and we look forward to a fantastic day of racing on Saturday 26th February.”

“In naming the race The Coral Trophy, we wanted to give it a title that reflected both its fantastic heritage, with so many top-class winners and fiercely competitive fields in years gone by, and our ambition, shared with The Jockey Club, to make it one of the biggest and best staying handicap chases in the calendar.

“With record prize money of £150,000 now on offer, at a racecourse in Kempton Park that consistently delivers a fantastic racing surface, and the perfect test of speed and stamina over three miles, we are urging trainers and owners to support The Coral Trophy with the quality of racehorse it deserves, as history shows that classy horses can and do win this race.

“The Coral team are passionate about horse racing and want to make a real difference to the sport, so we are thrilled to be partnering with The Jockey Club on this project of reinvigorating and strengthening Kempton Park’s marquee Jump meetings. The feedback we have already received from owners, trainers and jockeys has been fantastic and much appreciated. The full field Coral Lanzarote Hurdle was a huge success as a spectacle and a betting contest, and we now want The Coral Trophy to be the same.”

Joe Tizzard, assistant trainer to his father Colin and a Coral ambassador, said:

“We have won The Coral Trophy a couple of times before with Mister Malarky (2020) and Theatre Guide (2016), so we are well aware of the importance of the race.

“It is a good race in the calendar and it is brilliant that the prize money has increased.”

Tizzard went on to reveal that The Big Breakaway is likely to be the stable representative in The Coral Trophy in 2022.

He continued: “His first run of the season was looking fantastic at Newton Abbot, trying to give 12lbs to Bravemansgame until he came down late on. He was then a bit lacklustre at Sandown Park but we have had his wind done and he is back in full work now. Hopefully, we can have a strong Spring campaign with him.

“We will probably give him a spin in a hurdle race and it might be that we go down to Exeter for a Pertemps qualifier with The Coral Trophy as his target at the end of the month. He was second in the Kauto Star Novices’ Chase around Kempton Park last year, so we know he acts on the track.

“We know what type of horse you need for this race and we think The Big Breakaway ticks a lot of boxes.”