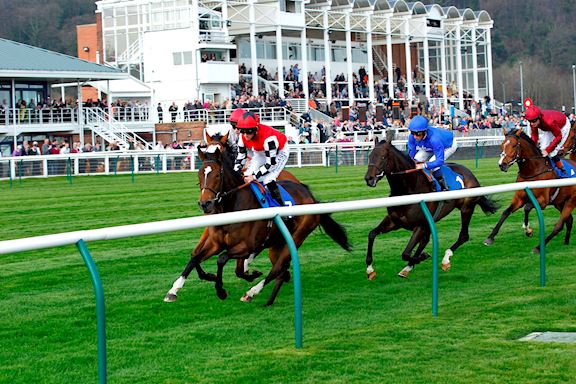 All you need to know about Nottingham's richest raceday

Nottingham stages the most valuable raceday in its history on Wednesday. With four divisions of the grassroots finals, three competitive maidens and a Class 5 handicap, there is £133,000 on offer.

The track's general manager, James Knox, said: "Once again we're delighted to be hosting the finals of the grassroots series on what is – in terms of prize-money – a record-breaking card.

"The Jockey Club recognises the importance of prize-money at all levels of the sport for owners, trainers, jockeys and stable staff.

"With £100,000 on offer for the finals, the Jockey Club Grassroots Flat Series has proved popular for horsemen, and in return they support those investing the most back into British racing."

Hughie Morrison, trainer of Requited
It's a big prize and I know we ran only last Friday, but that run confirmed we need an extra furlong. He's good enough to compete in it, he's better over this six furlongs and, while we aren't highly optimistic, we're hopeful he will run well.

Rod Millman, trainer of Steeve
We were hoping for a bit more rain, but he's back over six furlongs. He's won on soft ground and I think that's what he wants. Hopefully he'll run well.

Mick Appleby, trainer of Saaheq and Case Key
Saaheq has done well for us and he's won on both runs. He did it well last time. The handicapper has had his say and running off a higher mark will be a bit tougher. He's in good order and we hope he runs well. Case Key is back on a good mark now and won the other day up at Ripon. You never know what to expect from him, but he won last time and could run well again.

Hughie Morrison, trainer of Belated Breath
She's a course-and-distance winner and it's a very good prize so worth a go. She's in good form at home, she's been running well and she owes us nothing but this would be a very nice culmination before she goes on her holidays.

James Bethell, trainer of Cale Lane
She wants fast ground, so she should be okay with the conditions. She's done well this year; the only time she ran badly was on soft at Nottingham, when she qualified for this race. She seems in great form at home and she should go quite well.

Mick Appleby, trainer of Michele Strogoff
He's still in good order and he's on a winnable mark so he should go close. He's been going well and looks to have a decent enough chance.

Declan Carroll, trainer of Music Seeker
He's in good form and he'll appreciate the ground. He ran the other day and it was quite testing for him. It looks a competitive race and there are a few in there with a chance. He's had a long year but we're happy with him going there.

Eric Alston, trainer of Maghfoor
He's been really disappointing, but to be fair to him he does want fast ground and he hasn't been getting it. He ran well at Redcar last week but he never got a run. He's well within himself, he's dropped down the handicap and there's no excuses for him now – he could run a big race.

James Bethell, trainer of New Society
He ran a good race up at Catterick and the track was probably a bit sharp, and India [the winner] is an improving horse. He seems in good form and should like the ground. The only thing that worries me is that he's got to give a bit of weight around.

Mick Appleby, trainer of Haroon
He's been a bit disappointing the last few times but he's had his issues. We've had his breathing done and he ran all right last time at Leicester, and he might have needed that run to get his confidence back. Off this weight he could run a big race at a big price.