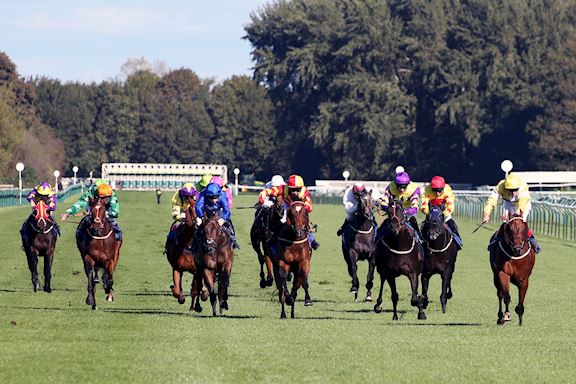 With this year’s Jockey Club Grassroots Flat Series kicking off at Nottingham on Saturday May 8th, Nick Seddon provides you with everything you need to know about the initiative, which runs until the end of September.

What is the Jockey Club Grassroots Flat Series?

The Jockey Club Grassroots Flat Series is an initiative aimed at offering enhanced prize money to horses who tend to do their racing at a notch or two below Group or Listed level. It consists of four divisions - Sprint, Middle Distance, Stayers and Nursery – for which there are at least 16 qualifiers across Jockey Club Racecourses throughout the summer. The initiative culminates with Grassroots Finals Day at Nottingham, when there is a prize fund of £70,000 on offer across the four races.

When is Grassroots Finals Day?

Grassroots Finals Day is due to be held at Nottingham on Wednesday 29th September, when we will hopefully be able to welcome spectators. All four divisions will come to a climax and to qualify a horse must have run in at least one qualifier during the summer.

Which racecourses are taking part?

All races in the Jockey Club Grassroots Flat Series will be held exclusively at Jockey Club Racecourses, though the races are evenly spread out across our portfolio of venues. You will see Grassroots qualifiers at each of Carlisle, Nottingham, Newmarket, Epsom Downs, Haydock Park, Sandown Park and Kempton Park throughout the summer months.

What kind of level will the horses running in this series be competing at?

The Jockey Club Grassroots Flat Series isn’t designed for a Frankel or a Sea The Stars, but rather useful types who run to a solid level but are unlikely to enjoy a day out at more prestigious racedays featuring Group or Listed races. The qualifiers will all be Class 4 and Class 5 races, while all four finals will be Class 3 handicaps that will offer £6,000 in prize money above the minimum for that kind of level. We should see some highly competitive heats and it also gives us a chance to reward owners and trainers who put so much into the sport.

Which yards should I be keeping an eye out for in the Jockey Club Grassroots Flat Series?

A good starting point is the Mick Appleby team in Rutland, who won both the Sprint Series and the Middle Distance Series back in 2019. Appleby is well known for being rather shrewd and any runners at his local track Nottingham are worth noting, while both Karl Burke and Rebecca Menzies were both victorious on the most recent Finals Day. Looking a little further back, each of Charlie Fellowes, Sheena West and Richard Fahey have fond recent memories of the series, while both Chris Wall and Hughie Morrison have won two finals in the last five years.

What do trainers think of the initiative?

We’ve seen a particularly positive reception for the Jockey Club Grassroots Flat Series from trainers, who are keen to reward their owners with attractive prize money, and several recent winning yards have had their say…

Charlie Fellowes won The Jockey Club Grassroots Stayers’ Distance Series Final in 2018 with Carnwennan. He said: “I won the Stayers’ division with a horse called Carnwennan and it’s a really good opportunity for what I would call a ‘middle of the road’ horse to win some decent prize money – mind you, Carnwennan turned out to be pretty good!

“At the time he won off a mark of 72 and the number of horses around that rating are well above average in terms of the horse population. So an opportunity like this series for a horse to go out and win nice prize money like that being offered here is a real benefit both to trainers and owners, who put in a lot of money.”

Karl Burke won the Nursery Series Final in 2019 with Danny Ocean. He said: “Any extra prize money in the present moment is greatly received by trainers, owners, staff and jockeys, so it’s a great initiative by The Jockey Club. If we’ve got the right horses for those races we’re always keen to support them.”

Mick Appleby was a dual winner on 2019 Grassroots Finals Day, winning the Sprint Series Final with Fantasy Keeper and Middle Distance Series Final with Deinonychus. He added: “It’s a good initiative as it gives horses at the lower end of the market a chance at winning some really good prize money if they can get through to the final. They offer some nice pots for horses that aren’t at Group level, so it’s great.”