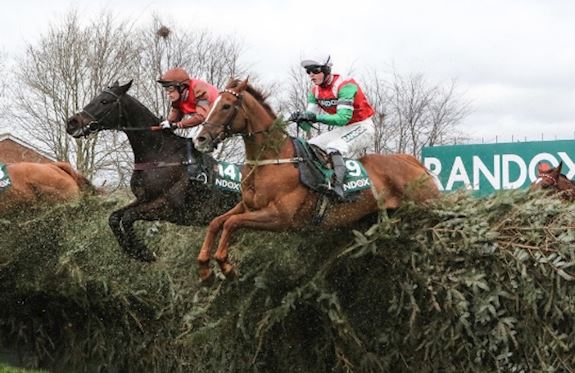 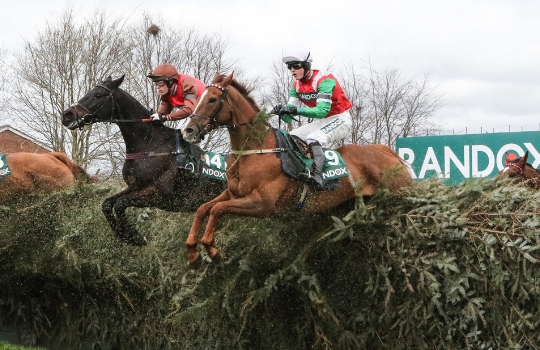 The race was first staged in 1923 and run over the same two circuits of the Grand National course as the Grand National itself, but restricted to horses who had run in point-to-points and hunter chases, with the riders being amateurs.

Given the fact that during the inter-war period many riders in the Grand National were amateurs, it was no surprise that the first to win the Foxhunters’ Chase on Gracious Gift in 1923, Captain Tuppy Bennet, also was successful in that year’s Grand National on Sergeant Murphy.

It was not until 1950 that the Foxhunters’ Chase was reduced in distance to one circuit of the famous Grand National course, which means participants now run over two miles, five furlongs and 19 yards and jump 18 fences.

Spartan Missile was probably the best horse to compete in hunter chases in the post-war period. He landed the Foxhunters’ at Aintree in both 1978 and 1979, before only finding Aldaniti too good in the 1981 Grand National when ridden by his 54-year-old breeder, owner and trainer John Thorne.

While a female rider has yet to land the Randox Health Grand National, the Foxhunters’ has been won by a woman amateur on no less than four occasions.

Caroline Beasley got the ball rolling when successful on her own horse Eliogarty in 1986. Beasley was the first female rider to win any race over the Grand National fences. She was followed by Polly Gundry (Torduff Express, 2002), Carrie Ford (Forest Gunner, 2004) and most recently Nina Carberry (On The Fringe, 2015).

Two future Grand National-winning trainers earlier tasted success as riders in the Foxhunters’ Chase. Willie Mullins, who would saddle Hedgehunter to victory in the 2005 Grand National, was aboard the 1983 Foxhunters’ winner Atha Cliath, trained by his father Paddy, while Oliver Sherwood, handler of 2015 Grand National hero Many Clouds, won the 1980 Foxhunters’ on Rolls Rambler.

Katarino was partnered to success by Sam Waley-Cohen, who also won the Foxhunters’ Chase on Warne in 2014. With two wins in the Randox Health Topham Chase (Liberthine, 2006 & Rajdhani Express, 2015), plus a Randox Health Becher Chase (Oscar Time, 2014) victory, he is the most successful current rider over the Grand National fences with six successes. Waley-Cohen has yet to win the Grand National, but went close on 2011 runner-up Oscar Time.

From 1977 onwards, when the Grand National Festival became an all-Jump meeting, Grand National Thursday has developed into an outstanding day of racing action, a true Day for Champions.

It is only one of three racedays during the entire British Jump season to offer four Grade One (G1) contests.

Uniquely, Grand National Thursday is the only day of the year with two open G1 races and two G1 contests for novices.

The G1 chase action on Grand National Thursday is headlined by the Betway Bowl, staged over three miles and a furlong of the Mildmay Course.

The fabulous roll of honour boasts the names of some of the very best chasers of the modern era with Wayward Lad, Desert Orchid, See More Business, Florida Pearl, Siliviniaco Conti and Cue Card all having been successful.

Lizzie Kelly created history in 2017 when becoming the first female jockey to win the Betway Bowl aboard Tea For Two.

The G1 Betway Aintree Hurdle moved to Grand National Thursday in 2013, having previously been on Grand National Day. The race is the only British G1 open hurdle run over the distance of two and a half miles.

First staged in 1975, it has proved to be the perfect follow-up for horses who have won the Champion Hurdle at Cheltenham.

Often regarded as the greatest hurdle race of all-time, the 1977 renewal of the Betway Aintree Hurdle saw a dead-heat between Monksfield and Night Nurse, both dual winners of the Champion Hurdle.

Last season Defi Du Seuil followed in the footsteps of Pollardstown, Detroit City, Katchit and Zarkandar by winning both the JCB Triumph Hurdle and the Doom Bar Anniversary 4-Y-O Hurdle.

Stars of the future can be found in the concluding race, the G2 Goffs Nickel Coin Mares’ Bumper, which is the richest mares’ bumper at £45,000 run in the UK. Its title derives from the last mare to win the Grand National, the 1951 heroine Nickel Coin.

First staged as a Listed contest in 2013, the Goffs Nickel Coin Mares’ Bumper has rapidly established its place in the expanding British programme for mares and was upgraded to G2 status in 2016.

To sum up, Grand National Thursday is a day to savour, with racing of the highest class, led by four G1 contests plus a G2 race, a G3 event and the Randox Health Foxhunters’ Chase over the Grand National course.

The evolving success of Grand National Thursday – A Day for Champions – is demonstrated by its growing popularity. During the 1980s, the attendance was below the 10,000 mark but has risen substantially, with the crowd figure now around 35,000.

Grand National Thursday on April 4, 2019 includes a Champions of Merseyside dimension, with a number of sporting champions involved in celebrating the best of Merseyside sport at all levels and all ages.