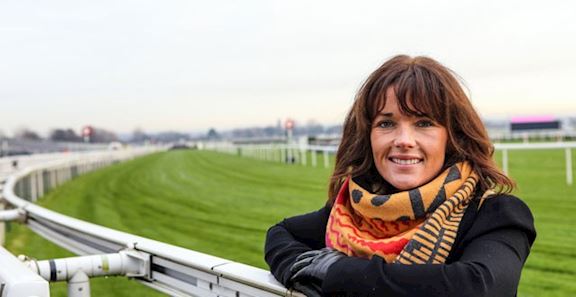 The Final Furlong… with Katie Walsh

If you were to compare the major racing Festivals, they’re like the Olympics, the World Cups, the European Championships. It’s what we train all year for and the year is very much set around the major Festivals. The trainers are always thinking, is he a Cheltenham horse, an Aintree horse, a Punchestown horse – you want them to be all three. The Festivals are where trainers, owners and jockeys want to be winning races because it’s where you get remembered.

What are you looking forward to most about Cheltenham Festival?

The atmosphere on the Tuesday is electric. It’s the Festival everyone has been speaking about for the past few months and it’s finally upon us. Getting set for the novices to meet, the champion hurdlers and the chasers to all go head to head, these are the days that count. As soon as you arrive in the Cotswold’s, the buzz and atmosphere at Cheltenham is like no other.

It’s like going to a friend’s wedding, we’re all prepping – loading up the horses, packing the cars, finding out what flight everyone is on, it’s all the excitement before you put a saddle on the horses back that makes the Festival so special. Everyone meets on either the Monday or Tuesday morning to ride out, walk the track, see what the ground is like, check out who we fancy, it’s these moments that make up the experience too.

Who’s your tip to win the gold cup?

I think Bellshill for Willie Mullins. I thought he was great on his last day out winning at Leopardstown in the Irish Gold Cup, he stayed and travelled well. Willie has never won a Gold Cup but this could be his year. I think Paul Nicholls Clan Des Obeaux has a massive chance too.

Aintree is a magnificent festival and each year creates a huge amount of excitement across the city. It’s got a different feeling to the Cheltenham Festival, of course, all the Festivals are very important to the trainers, owners and jockeys but Aintree has the fun factor involved in it. Once Cheltenham is over, attitudes change, everyone seems more relaxed and that’s what makes it so special.

What does it mean to the jockeys to ride in the Randox Health Grand National?

When it comes to riding in the Grand National, there’s no expectation. It’s about being a part of the ‘people’s race’ that means so much. It’s different to the Gold Cup, jockeys can ride in the National when they haven’t even won Grade One races. As you all line up, everyone has the same chance and that’s why we love it. That’s why it is the race it is. To win the Grand National is a fairy tale.

Who are you keeping an eye on for the Festival and the GN race this year?

I think Rathvinden trained by Willie Mullins has a good chance. I think he has been given a nice weight and is in decent form.