A host of leading contenders for a special £20,000 prize are heading to Cumbria for racing’s eagerly-awaited #AmazingMonday meeting.

The world’s first, and the UK’s only, all-female jockey meeting will be held at Carlisle Racecourse this Monday (August 7) with the Jockey Club’s Development Award on the line.

Any jockey who rides a winner at #AmazingMonday and then goes on to triumph in the Betfred Ladies’ Trophy Handicap Stakes at Haydock Park five days later – will win the £20,000 Development Award.

The in-form McCain sisters – Abbie and Ella – who have both ridden winners in recent weeks have three rides each at Carlisle.

They are joined by Sammy Jo Bell, who has made a remarkable return from a serious injury and has six rides, and Cumbria’s own Emma Sayer – winner of last year’s Development Award – who has three entries.

Paula Muir, who rides Framley Garth for Patrick Holmes and Thackeray for Chris Fairhurst, said: "I think Carlisle's idea to make a day for the women jockeys is brilliant. It gives the girls an opportunity to show their ability and its shows the great support from trainers, owners and everyone involved.

"Having the Development Award gives trainers more incentive to have runners at the meetings to allow their jockeys to have the opportunity. I would like to thank the racecourses for putting on such events to promote women jockeys."

Abbie McCain rides Diamonds A Dancing and Chelsea’s Boy for her father Donald and Reflation for Patrick Holmes.

Sister Ella, who won at Carlisle last month in her debut race, rides Spike and Tawseef, both trained by her father, and Brian Ellison’s Sikandar 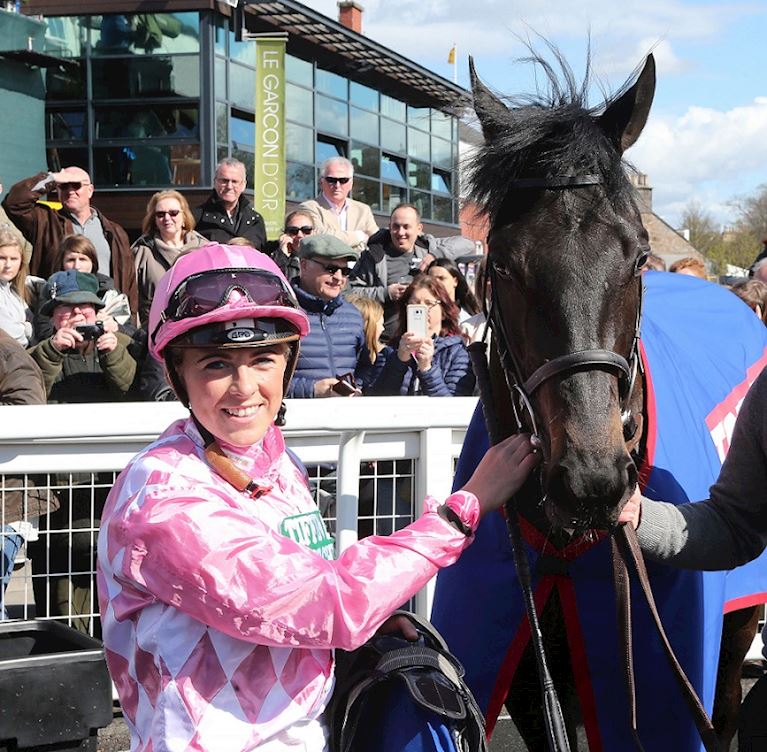 Among Sammy Jo Bell’s rides is Mr Sundowner, who she rode to victory last time out at Redcar, and Iain Jardine’s in-form Thorntoun Care who has finished first and second in his last two outings.

Darcie saved her mother Hayley’s life after she suffered an epileptic seizure.

Geraldine McKay, General Manager of Carlisle Racecourse, said: “We cannot wait for Monday’s meeting, this is one of the highlights of the year here at Carlisle.

“We are very proud to host the UK’s only all-female race meeting and are delighted so many of the leading and up-and-coming female jockeys will be here on the day.

“The Development Award is a fantastic initiative which potentially can be a career-changing prize for jockeys. Emma Sayer won last year’s inaugural award and we look forward to see who triumphs this year.”

#AmazingMonday is Carlisle’s annual ladies day with live music from Radio 1 house band The Tailormade and a special post-race Party In The Paddock hosted by Radio 2’s Jo Whiley.