Traffic gridlock could not put the brakes on Dan and Harry Skelton’s hot form as they landed a brilliant double at Carlisle Racecourse.

It was a memorable Cumbrian debut for trainer Dan who saddled Marie Banrigh and Premier Rose to victory on his first appearance at Carlisle – with brother Harry in the saddle for both wins. 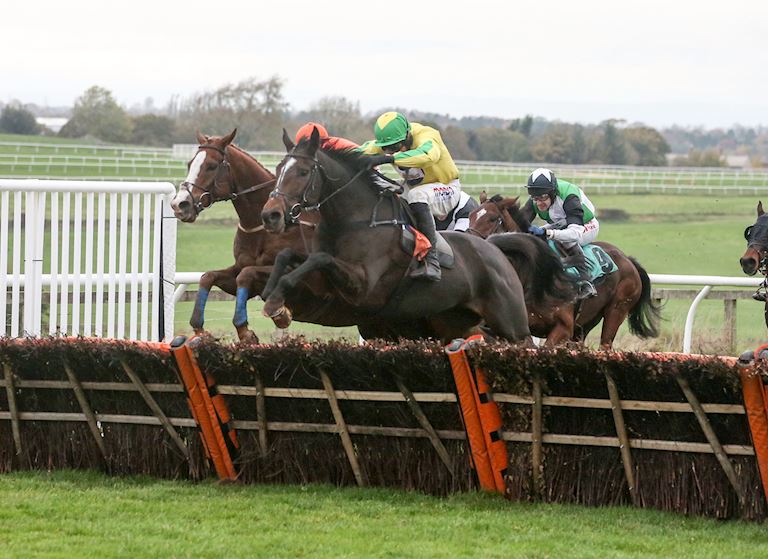 The day had not started the best for the Warwickshire-based Skelton Racing team after their horsebox was caught in motorway gridlock in Cheshire after a lorry had crashed into the central reservation of the M6.

The motorway was closed for some time and it was touch and go as to whether the Skelton’s horses would reach Carlisle in time for racing.

However, neither they or Harry looked jaded by their chaotic trip north as Marie Banrigh romped home by five lengths in the Bet At racinguk.com Intermediate Handicap Hurdle before 16/1 shot Premier Rose won by a length from odds-on favourite Zabeel Star in the Travis Perkins Celotex Handicap Hurdle.

A delighted Dan Skelton, who now has 99 winners for the season, said: “The traffic was just one of those things and we missed the first race, but I’m happy we made up for it in the following races.

“I’ve watched racing from Carlisle all my life, but never actually been here before. It’s a lovely track and the facility to use the inside for the hurdles means the ground is not getting beaten up for the winter.

“I’ve always had good experiences in terms of my horses running at Carlisle. It’s nice to bring a few up here and as long as the card suits we have enough horses to keep sending them here.”

Jockey Harry added: “It was great to get a double after the start to the day we had what with the traffic. It was certainly worth the trip north in the end!

“It was chaos for everyone stuck on the M6 but the racecourse staff were brilliant. We called ahead, and they made sure that when we arrived everyone worked together to make everything ran smoothly.

“I love coming to Carlisle – it’s a nice track and it’s always nice when you have winners!”

The next race meeting at Carlisle is the annual Autumn Family Fun Day, on Sunday November 4, which includes Cumbria’s top jumps race of the season – the Colin Parker Memorial Intermediate Chase.