Carlisle’s most-prized jumps race of the season looks set to be a cracking affair with top quality declarations.

Three of the early favourites for November’s BetVictor Gold Cup will be under starter’s orders in Sunday’s Colin Parker Memorial Intermediate Chase. 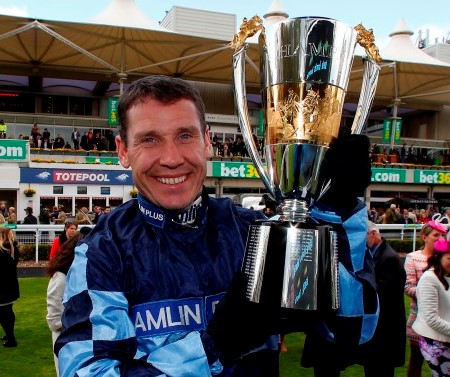 The two-and-a-half-miler, previously won by the likes of Grand National champion Many Clouds, is the highlight of a seven-strong card.

Lining up to challenge for Sunday’s £17,000 prize are three entries for November’s BetVictor Gold Cup at Cheltenham, the showpiece of the autumn racing calendar.

Happy Diva for Kerry Lee is another returning after a successful early 2018. She enjoyed three wins in her last four outings, including a novice chase at Ascot.

The only horse to beat her in that sequence was Dan Skelton’s Rene’s Girl at Huntingdon in February. She also came out top in another Listed race, the Yorkshire Silver Vase Mares' Chase at Doncaster.

The successful pairing of Thomas Patrick and Richard Johnson will also be among contenders. The pair have won three of their four outings, including last time in Aintree’s Betway Handicap Chase.

Also fancied will be Nicholls’ six-year-old Cyrname, a winner at Kempton in February over the same distance. Harry Cobden takes the ride this time.

Elsewhere on the card, the Cumberland Handicap Chase over 3m 2f will have 12 runners, including last year’s winner Harry the Viking for Thomson.

LooksnowtlikeBrian will be looking for a repeat of his success – also with Johnson in the saddle – at Carlisle’s season opening jumps meeting in October when he stayed on strongly to win over 3m. Competition may well come from the third home that day. Pauline Robson’s Cooking Fat was also winner of a handicap chase at Perth in July.

In the Bet At Racinguk.com Handicap Hurdle over 2m 4f, Ruth Jefferson’s Dubai Angel will be among the favourites. It will be a poignant return for Jefferson, who at this meeting last year was assistant to her father, the late Malcolm Jefferson, when his charge Waiting Patiently took the Colin Parker trophy.

No fewer than 20 runners and riders will take on the day’s third race, a qualifier for the Northern Lights Two Mile Hurdle Series. The prestigious finals day takes place at Carlisle on December 2.

Sunday’s meeting combines top quality jumps races with a bonfire and family-fun events, including a Guy building workshop, bucking pumpkin, pyro arts and crafts. The bonfire will be lit shortly after the final race.

Tickets for Sunday’s Colin Parker and Family Fun Raceday are £15 for adults (in advance) or £18 (on the day). Under-18s free entry when accompanied by an adult.  Gates open 11am, first race is 1pm and last race 4.15pm.