It was the biggest ever payday in the Racecourse’s history with £212,000 prize money spread across seven thrilling jumps races, which included the Class One Houghton Mares' Chase. 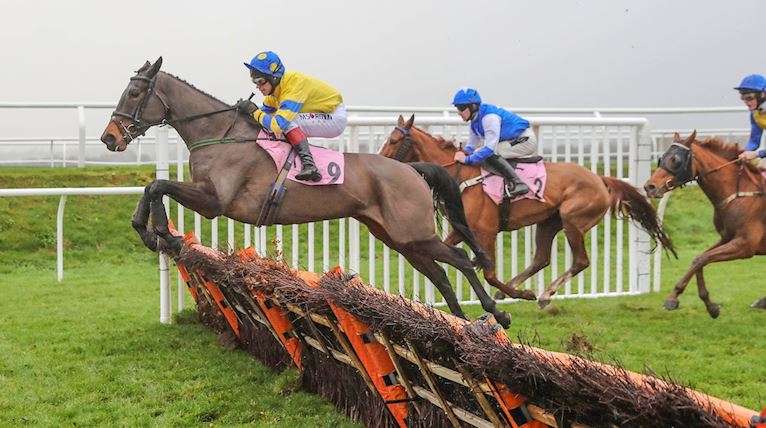 Champion Jockey Richard Johnson was among the winners as Hidden Dilemma, a victor at Carlisle last month, returned in style to triumph in the first of the finals – the 2m 4f Mares Hurdle.

The delighted owner said: “It’s a great day and we always enjoy coming to Carlisle. The series and finals are a great idea. The prize money is fantastic, so we are delighted to have brought her over from Ireland to win.”

Johnson added: “It's fantastic and a great series to be involved in.

“Hidden Dilemma won here in qualifying two months ago and so I think it was always in the minds of (trainer) Stuart Crawford and the owners to bring her back here for the finals. I’m delighted the plan has worked for them.”

The Northern Lights series has seen 11 months of qualifying races in which hundreds of mid-range rated horses have competed for a place in the big money finals.

One of those to take full advantage of the golden opportunity was Xpo Universal who had only won once in his previous 74 outings.

With Aaron Anderson on board, the nine-year-old’s explosive turn of pace up the home straight saw him storm home by 12 lengths, at 20/1, in the two mile hurdle.

It was a first Northern Lights win for trainer Rebecca Menzies who said: “He has good form on heavy ground so when the rain came we weren’t worried. I’m delighted for Aaron as he works for us full-time and he has ridden an absolute peach of a race.

“The series is great for these owners. There are more runners than last year which shows more people are getting involved and that’s a good thing.”

Jockey Ryan Day suffered five broken ribs and a punctured lung three weeks ago, but the injuries certainly did not hold him back as he led Kings Eclipse home ahead of Knocknamona in the three mile Stayers Chase.

Pearl Royal, ridden by Danny Cook and trained by Nigel Hawke, was imperious as she raced clear from the heavily fancied favourite Ron’s Dream to win the Class One Houghton Mares Steeplechase.

Brian Hughes secured a cracking double on the day as he rode The Conman home in the opening 2m 4f Novices Chase and then followed it up by winning the Northern Lights Stayers’ Hurdle on board Top Billing.

It was a one-two for Greystoke trainer Nicky Richards whose other entry in the race, Western Rules, was second in a very close contest.

The most dramatic finish was saved for final race as Calivigny reeled in long-time leader Instinctive to win by a half a length in the 2m 4f Middle Distance Chase.

Molly Dingwall, Carlisle Racecourse’s General Manager, said: “It was another brilliant day’s racing here at Carlisle and we are very proud to host these finals.

“Finals day is the climax of many months of qualifying events all designed to promote jumps racing in the north. The Northern Lights series is really gaining interest and the prize money on offer is a real incentive for owners and trainers to get involved.”