MONDAY 9 SEPETMBER, 2019 – Carlisle is gearing up for its final meeting of the 2019 flat race season when it will welcome back two local heroes who have made the course their own this summer.

It has been another brilliant season at Cumbria’s premier racecourse and a truly memorable one for Dianne Sayer.

The Penrith-based trainer has saddled no fewer than six winners to date, including three Carlisle triumphs for Redarna. 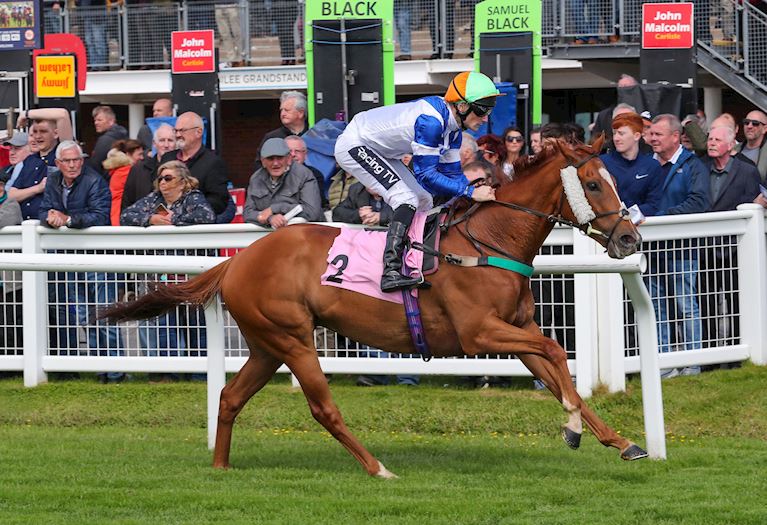 And this popular five-year-old will be going in search of a fourth win when he goes in the Sandra And Ted Roberts Memorial Handicap over seven furlongs at the course’s season finale on Wednesday.

Redarna will have to do it with a new partner in the saddle. Dianne’s daughter Emma rode the gelding to a brilliant double when winning at Ascot on July 27 and then a week later in a memorable triumph in the Carlisle Bell consolation race on Ladies Night. 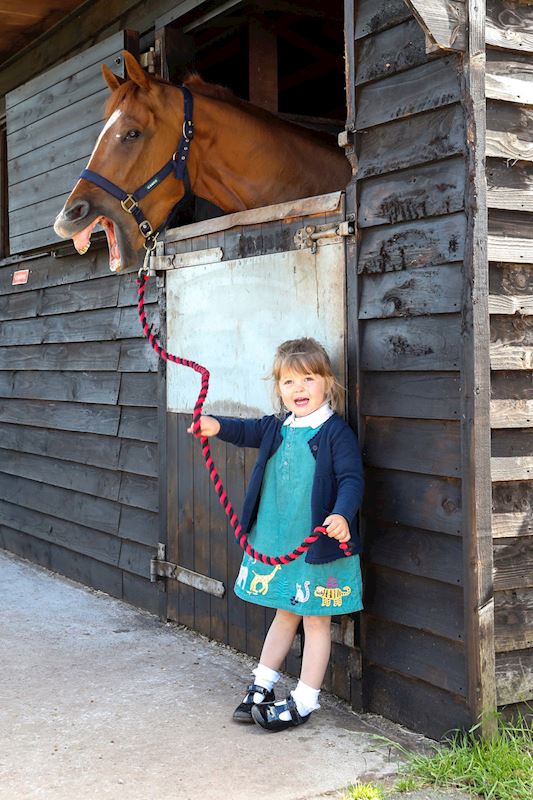 Emma announced her retirement as a jockey straight after the race so James Sullivan takes over the reins on Wednesday.

Redarna will be pushed in this Class 3 race by a host of challengers including Tim Easterby's Mikmak who won at Haydock last month with Jack Garrity in the saddle. Another to watch will be Ed Dunlop's Global Gift who has won three on the bounce, including one race at Carlisle already this summer.

MikMak is one of 11 Easterby runners on Wednesday as the North Yorkshire trainer looks to end the season on top of the pile.

Easterby has 10 Carlisle winners this term, one behind Keith Dalgleish, who himself is sending five runners south from his Carluke stables.

Dalgleish’s Zoravan has placed second no fewer than three times at Carlisle this summer. The six-year-old will be hoping to go one better in the Racing TV Handicap (Jockey Club Grassroots Middle Distance Series Qualifier).

Mark Johnston and Richard Fahey, the UK’s top two trainers, both have runners as does the ever-popular Mick Channon who is sending three entries on the 570-mile-round trip from his West Ilsley stables.

A win by fourth lengths, over seven furlongs at Epsom two weeks ago, and no fewer than three places this summer will see Nat Love heavily fancied.

Jockey Paul Mulrennan will end the day as Carlisle’s top jockey for 2019. He has five runners on the day and will be looking to add to his impressive haul of 10 winners at the course this summer.

Shane Gray, who has eight Carlisle winners to his name, has just the one runner in the shape of Rose Bandit for Stef Keniry. The two-year-old was a recent winner at Hamilton and is another promising young horse.

Molly Dingwall, Carlisle Racecourse general manager, said: “It has been a brilliant summer here at Carlisle with so many highlights.

“From our historic Carlisle Bell and Cumberland Plate day in June, to our live music event, our family fun days and another brilliant Ladies Night, it has been a wonderful season.

“At the centre of it has been some great racing and we are delighted that some of the horses, trainers and jockeys who have starred here throughout the season will be back for our final meeting of the summer.

“Seeing Emma Sayer end her career, at her local course, with a win on Redarna was a special moment back in August. I’m sure there will be plenty of people backing this popular horse to win his fourth race of the season here.

“It will also be intriguing to see who ends the year as our top trainer. The battle between Keith and Tim has gone on all season and, of course, we are delighted Paul Mulrennan will be here as we crown him our top jockey.

“It will be the perfect way to end another fantastic season.”

Gates open on Wednesday at 12.15pm. First race is at 2.15pm and final race is at 5.35pm.  For more information and tickets go to thejockeyclub.co.uk/carlisle