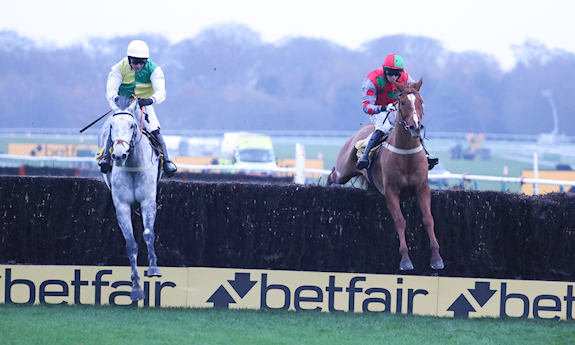 Trevor Hemmings is considering Haydock Park’s Peter Marsh Handicap Chase as Vintage Clouds’ next target ahead of a potential tilt at the Randox Health Grand National.

The Preston North End owner is already a triple Grand National winner with Hedgehunter (2005), Ballabriggs (2011) and Many Clouds (2015) and has made no secret of his desire to lift the title for a record fourth time. 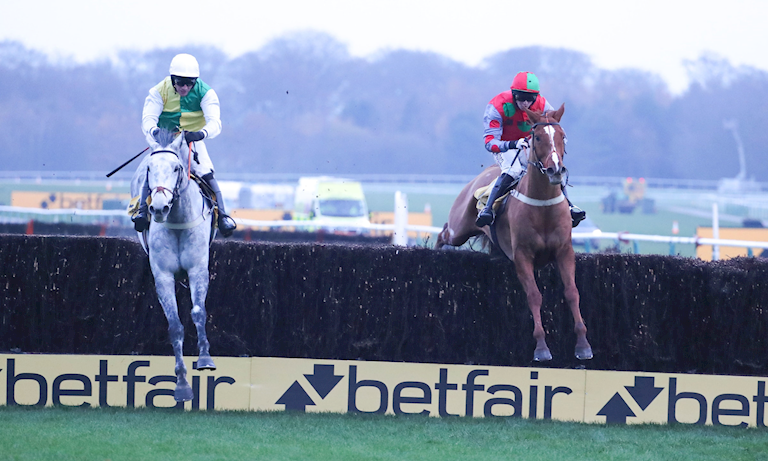 And the world’s greatest steeplechase is the big target for gutsy grey Vintage Clouds, after he missed the Grand National cut last time.

Jockey Danny Cook, who rides the horse for Yorkshire trainer Sue Smith, said: “Vintage Clouds is one of Mr Hemmings’ great favourites as he bred the horse.

“It would be incredible for him to get into the Grand National this year as I think he’d have a good chance of running a very big race.”

Vintage Clouds will have to bounce back to form at Haydock Park if Smith puts him in the Grade Three contest on January 19.

The nine-year-old was pulled up in last month’s Welsh Grand National at Chepstow, having made a winning return at Haydock Park in November.

But that will not worry the jockey or trainer as Vintage Clouds has proved to be a model of consistency at Haydock Park, having won twice and finished in the frame half a dozen times.

“He wasn’t happy with the ground at Chepstow, it was far too soft for him,” said Cook.

“I really do think he enjoys being on better ground, though, and he’ll get that at Haydock Park.

“Even when it is good to soft or heavy it never gets tacky there.”

He added: “Vintage Clouds has a high cruising speed and he’s an incredibly brave horse too.

“He loves running around Haydock and seems to know when he is on the way home.”

Trainer Smith confirmed: “He will have an entry in the Grand National.

“He just missed out on getting in last year, and I do think he is definitely that type of horse.

“It would be lovely to have a horse run a very big race for Mr Hemmings in the Grand National because that’s the race he loves.”