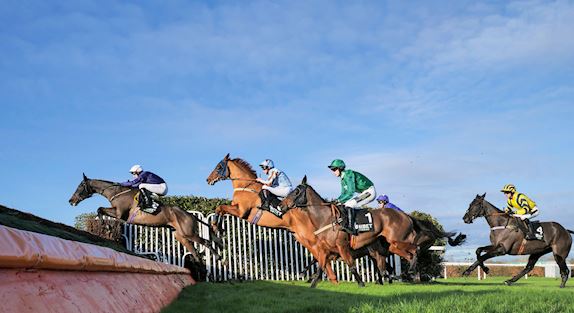 Sandy Thomson hopes Little Mo can provide him with some welcome pain relief at Sandown Park tomorrow as the trainer recovers after breaking a number of ribs.

If the mare can take both a step up in class and trip in her stride in the Grade Two Jane Seymour Mares’ Novices’ Hurdle she could complete a hat-trick of wins for the season.

But former rugby player Thomson will have to make do with watching the nine-year-old from the comfort of his home after suffering a painful injury on Sunday while taking a number of his horses to the beach.

He explained: “I’m afraid I won’t be coming down to Sandown as I had a fall on the ice on Sunday and cracked some ribs. We were taking the horses to the beach and I had to stop and get out of the lorry. The road had not been gritted and I fell over.

“I went to the Borders General Hospital to get some pain relief but I knew immediately what I had done. It was just one of those things and we got the horses sorted and I got back okay.

“It should take between three to five weeks to heal but it is just agony every time you move. There is not much you can do apart from sit and suffer.”

Little Mo is unbeaten in two starts since joining Thomson, winning first time out at Hexham and then most recently at Musselburgh in January. Although she is yet to race over two and a half miles under rules, the Lambden handler is confident she will have no problem getting the trip.

Thomson, who saddled Seeyouatmidnight to glory in the final of the Veterans Chase Series at the same track last month, added: “She has done nothing wrong since coming across and she deserves to take her chance in this. It doesn’t look the strongest race and I’m confident the extra distance will suit her. We think she has a good chance.

“We had not had her long when she won at Hexham and that was a very good performance. Then she did it very well at Musselburgh, though I’m not sure what she beat that day.

“She has had her wind done since Musselburgh as she was making a bit of a noise, but she seems well.”

Sandymount Rose is another chasing a hat-trick of wins following victories at Exeter and Ludlow and though the seven-year-old has proved effective over further, her trainer Neil Mulholland does not believe the drop back in trip will hinder her chances.

Mulholland said: “She does meet a few wrong at the weights but she is entitled to go for it. The owner is an owner/breeder and it is great for them to try and win a race like this.

“We know that she stays three miles as we saw last time so coming back in trip in these conditions will be fine as she will be staying on up the hill. She was a bit unlucky at the start of her career and it was never a question of her attitude, she just kept bumping into one so it has been nice to see her get her head in front lately.” 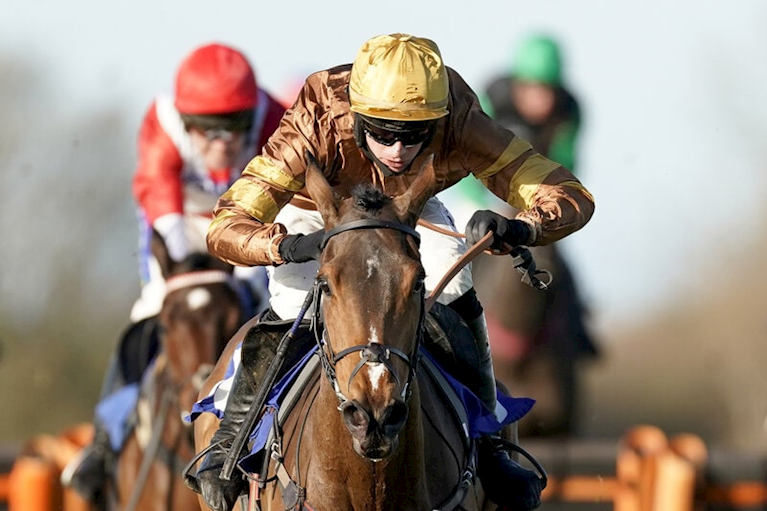 Little River Bay will attempt to go one better than both Little Mo and Sandymount Rose by completing a four-timer, and her trainer Philip Hobbs believes the improving six-year-old has plenty in her favour ahead of what he describes as her toughest test so far.

He said: “Little River Bay has been in very good form since her Newbury run. She coped with the heavy ground that day and no doubt it will be very testing again. This is her toughest test to date but hopefully, she has a good chance.

“She jumped and travelled well at Newbury last time but she was still a bit green so hopefully she will have learnt from that. After her two starts last season you definitely thought she would win races, but she has done much better than that.”

Harry Fry believes the added emphasis on stamina will help bolster the chances of Misty Whisky going one better than on her most recent appearance in the Lanzarote Hurdle at Kempton Park.

He said: “She has got course form on heavy ground as she won the Listed bumper here in 2019. It’s going to be testing and she has got a little bit to find at the weights with a few of them. But she has been in good form and deserves to take her chance in a race like this.

“She was making up a lot of ground late on in the Lanzarote and when she won her Listed bumper here she only really got going in the last furlong - hopefully we will see that again.

“This is a slight drop back in trip with Lanzarote being over 2m 5f that but that was around a flat track and there is not much difference between that and this on a stiff track on testing ground. Hopefully, she will run another good race.”

The eight runner field is completed by Anythingforlove from the Jamie Snowden yard, Belle De Manech, who will represent Anthony Honeyball, the Philip Kirby-trained Rayna’s World and Uptown Lady, who will fly the flag for Jonjo O’Neill.