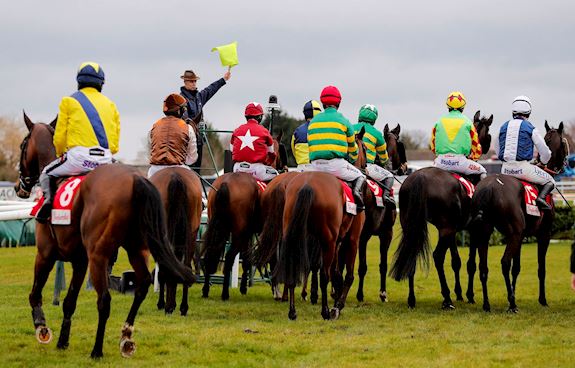 PADDY POWER TO OFFER £50,000 BONUS IF IMPERIAL CUP WINNER TRIUMPHS AT CHELTENHAM AND WILL MAKE ONE LUCKY CUSTOMER A MILLIONAIRE ON MARCH 13

Leading bookmaker Paddy Power will once again be offering a bonus for any horse which wins the Grade Three Paddy Power Imperial Cup Handicap Hurdle at Sandown Park on Saturday 13th March and then goes on to land any race at the The Festival™ supporting WellChild the following week (March 16th-19th).

The same race will also make one Paddy Power customer a millionaire as part of a “Golden Ticket” promotion by the bookmaker which began last year.

Only three horses have won the bonus and all when offered by previous sponsors - Olympian (1993 Coral Cup), Blowing Wind (1998 County Handicap Hurdle) and Gaspara (2007 Boodles Juvenile Handicap Hurdle). All three horses hailed from the famous Nicholashayne yard in Somerset belonging to the Pipe family, with Martin Pipe saddling Olympian and Blowing Wind, while Gaspara was trained by his son and successor David.

The Paddy Power Imperial Cup is a handicap hurdle and takes place over two miles. Entries close for the contest, which itself has total prize money of £50,000, on Monday 8th March.

Phil White, who runs Sandown Park as The Jockey Club’s London Director, said: “We’re delighted that Paddy Power will be offering the bonus again this year.

“We’ve seen some high quality horses win the Imperial Cup and go on to take their place at The Festival just a few days later and we hope the same happens next month. It would take a special horse to win the bonus but it’s been done before and we hope it can be done again.”

Meanwhile Paddy Power will now utilise the Paddy Power Imperial Cup as the race which will make one of its customers a millionaire, following the abandonment of the two scheduled fixtures at Cheltenham in January.

It is the culmination of a campaign where Paddy Power online customers who backed winners of a designated Saturday race went into a draw the following Monday, broadcast live on social media. Each weekly draw winner gained £10,000 and a “Golden Ticket” which will randomly assign them a runner in the Paddy Power Imperial Cup. For full terms and conditions, please click here.

Paddy Power himself said: “We’ve suffered some bad luck with the weather, which last year put paid to us reinstating the bonus when we became the new sponsor of the Paddy Power Imperial Cup, and more recently stopped us from making one of our customers a millionaire after the Millionaire Chase due to be run firstly on New Year’s Day and then Trials Day at Cheltenham.

“However every cloud has a silver lining and it’s now all guns blazing for a sensational Sandown showdown for the 11 lucky entrants, who have each won a weekly draw, on a day featuring a dramatic double-header. Not only will one of that 11 become a millionaire, but the winner of the Imperial Cup will scoop a prestigious race in its own right and also line themselves up for a historic tilt at our bonus.”