Entries for Carlisle’s most prestigious jumps race of the season are looking red hot. 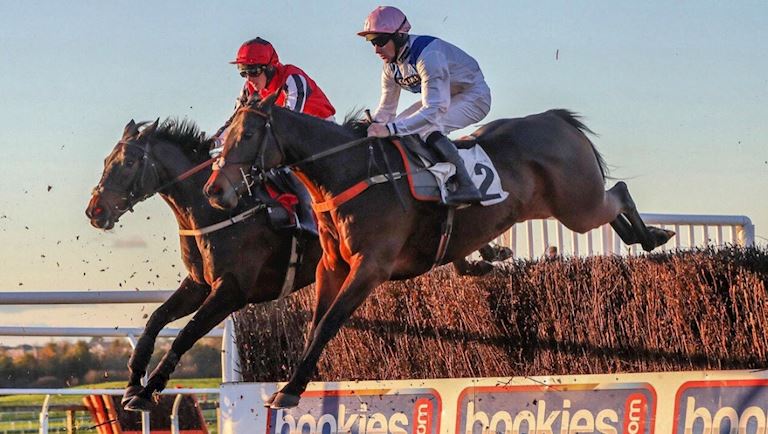 A host of potential stars are entered for the afternoon’s feature race, the Class One-ranked Colin Parker Memorial Intermediate Chase.

Previously the two-and-a-half-miler has been won by some of racing’s leading stars. Many Clouds, the winner in 2014, went on to triumph in the Grand National, while last year’s victor, Waiting Patiently, followed up success at Carlisle with a win in the Grade One Betfair Ascot Chase and remains unbeaten in chases.

This year there’s a string of highly-prized entrants – with connections looking for success in Cumbria to point to further riches in the season.

Among the leading names in the 14 entries are Elegant Escape. He’s been highly fancied since announcing his arrival for Colin Tizzard when winning the John Francome Novices' Chase at Newbury last December. Since then he’s won well at Exeter and been placed twice in Class 1 company.

Thomas Patrick is returning and looking for a hat-trick of consecutive wins for trainer Tom Lacey. The six-year-old stayed on well when taking the Betway Handicap Chase at Aintree in April following a lower profile success at Newbury. Both times Richard Johnson was in the saddle.

Lacey has already talked of Thomas Patrick being a Grand National contender.

Cyrname, was a winner at Kempton in February over the same distance, despite nearly losing his jockey when jumping well clear of the field. Trainer Paul Nicholls says the six-year-old has transformed after relaxing following disappointment over hurdles.

Stablemate Dolos had a strong return at Newton Abbott earlier in the month and was runner up in Ayr’s Scotty Brand Handicap Chase in April. There have been previous wins at Ascot and Chepstow.

Dan Skelton, who’s landed a century of winners since April and enjoyed a double at Carlisle’s last meeting, has Rene’s Girl entered. Her early 2018 was a success winning two Listed races, the Lady Protectress Mares' Chase at Huntingdon and the Yorkshire Silver Vase Mares' Chase at Doncaster. On her last outing in April she came up behind Finian’s Oscar in the Grade One Manifesto Chase at Aintree.

Skelton said earlier this month that she jumped very well and looked like she had made an improvement as he weighed up options for her return. The Warwickshire-based trainer also has Born Survivor as an option with two wins from his seven chases, including at Southwell in May.

Mick Channon’s Mister Whitaker is another high-calibre entry with three wins in his fives chases, including the Cheltenham Festival’s Listed Close Brothers Novices' Handicap Chase last time out in March. He was also a winner at the corresponding Carlisle meeting last year when staying on well to win the Novices Limited Handicap over 2m 4f.

Acdc recorded a fourth win of the year for Chris Grant at Wetherby just a fortnight ago on his return after six months.

Colin Parker Memorial Intermediate Chase, named after the former Scottish trainer, promises £17,000 for the winner and is the highlight of a seven-strong card on Sunday.

Away from the racing there are fun children’s activities including a Guy building workshop, bucking pumpkin, pyro arts and crafts and the bonfire will be lit shortly after the final race.

Molly Dingwall, Carlisle Racecourse General Manager, said: “The Colin Parker has a great pedigree and some of its winners have gone on to do very well indeed. We’re really looking forward to seeing who will take the honours this year.

“We’re inviting everyone to wrap up warm and come and join us for a day of quality jump racing and bonfire festivities.”

Tickets for Sunday’s Colin Parker and Family Fun Raceday are £15 for adults (in advance) or £18 (on the day). Under-18s free entry when accompanied by an adult. Gates open 11am, first race is 1pm and last race 4.15pm.