Leading trainer Dan Skelton will be looking to continue his hot streak at Carlisle’s first jumps meeting of the season.

Skelton – who has saddled more than 50 winners already this season – sends no fewer than six horses to the Cumbrian track’s season opener on Thursday.

A year ago, Skelton and his jockey brother Harry landed an impressive double on their first visit to Carlisle

This came despite the fact the Warwickshire-based Skelton Racing team almost did not make it to the starting line in time after being caught up in motorway gridlock on the way to the course.

The Skelton brothers will be hoping for a more relaxing journey north ahead of the opening race which features their promising chaser West To The Bridge. The six-year-old was a winner at Bangor-on-Dee back in March.

Among the Skeltons’ other runners is five-year-old Bourbon Borderline who is set for the third race of his career having won at Dromahane back in December.

There are no fewer than 83 runners over eight races on Thursday afternoon with many leading stables represented. They include entries from Grand National winners Donald McCain, Lucinda Russell, Nigel Twiston-Davies and Sue Smith.

Jonjo O’Neill has three runners, all partnered by jockey son Jonjo Jnr, including Pop Rockstar who was a winner at Chepstow in April.

There are also a number of runners who know what it takes to win at Carlisle.

They include Dianne Sayer’s Frightened Rabbit. The seven-year-old has won two races and placed in another five on the flat this calendar year. He makes his return to hurdling  under the control of Danny McMenamin. 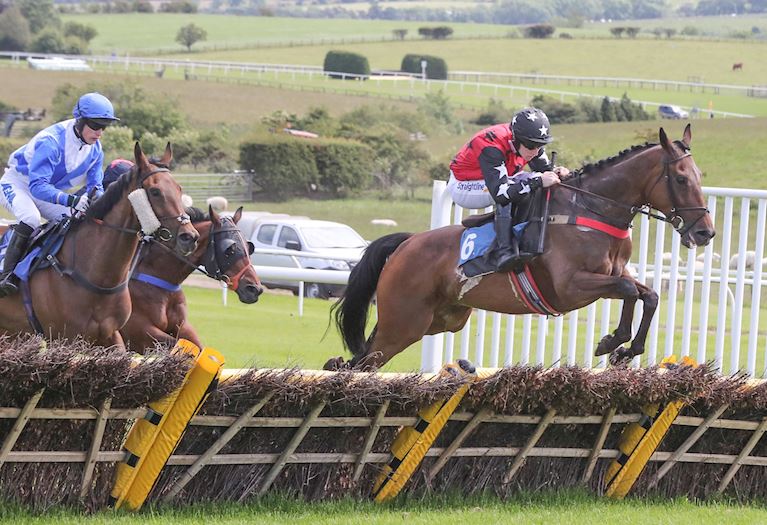 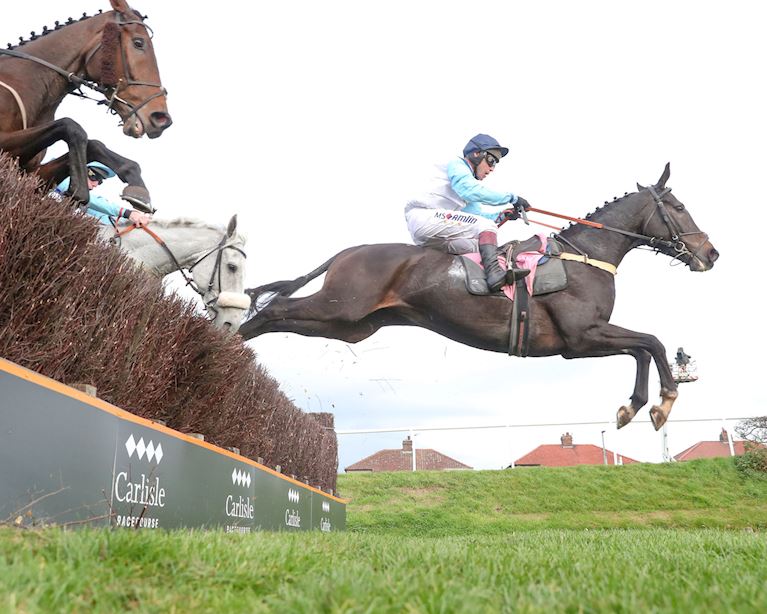 Ruth Jefferson will be hoping Buster Valentine can rediscover his fine 2018/19 form which saw the six-year-old win three races at Stowlin, Newcastle and Ayr, while Rose Dobbin’s Honourable Gent returns to Carlisle for the first time since winning here three years ago.

The 11-year-old will be partnered, as he was I May 2015, by Craig Nicol in the 1m 7f Like Racing TV On Facebook Handicap Chase (Northern Lights Two Mile Chase Series Qualifier).

Molly Dingwall, general manager at Carlisle Racecourse, said: “We are really looking forward to what should be a fantastic first meeting of our new jumps season.

“We have more than 80 runners over eight races so it’s a bumper day. It is brilliant to see so many of the trainers and jockeys who have enjoyed success here over the last few seasons returning for our opening day.

“This meeting always produces a number of stories so we cannot wait to see who grabs the headlines come Thursday evening.”

Gates open on Thursday at 10.15pm. The first race goes off at 12.15pm and the last race is at 4pm. For more information and tickets go to thejockeyclub.co.uk/carlisle. Under 18s get in free when accompanied by a paying adult.