Larne, on the east coast of County Antrim, is a 250 miles round trip to Carlisle, but it is proving a very happy hunting ground for Northern Ireland’s Stuart Crawford. 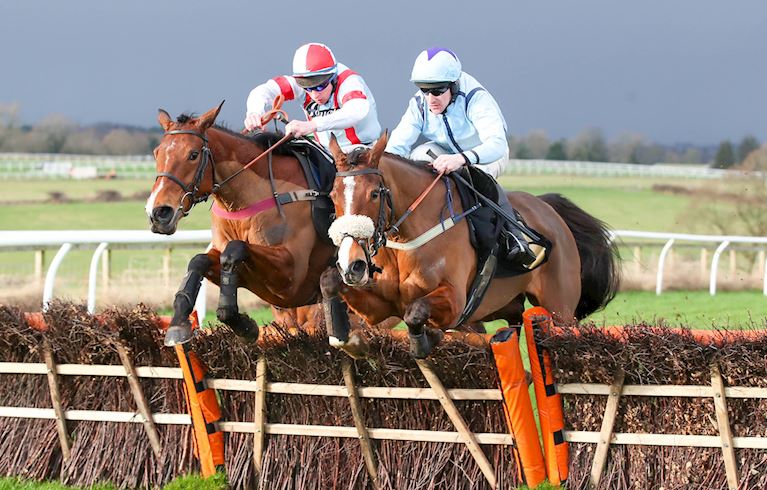 “She lights up when she sees the track and won her first career race at Carlisle.

“Lily’s Gem was running into the teeth of a gale, so she really had to dig deep to get home.”

Ben added: “Although we are from across the water Carlisle feels like our local track.

“We’ve had some good success here and we like to run our horses at Carlisle.”

The Glamorgan trainer made it a double courtesy of Ballybreen to extend his record from four winners from eight runners at the track this season.

Meanwhile, Donald McCain’s promising hurdler Goobinator bagged the opening prize of 2020, and provided arguably the most impressive performance in the racingtv.com Novices’ Hurdle.

The red-hot favourite was never in trouble over the two miles and one-furlong test and also provided the first of three wins for title-chasing jockey Brian Hughes.

Cheshire trainer McCain said: “Goobinator is a nice horse, we think a lot of him.

“He’s progressive, though, a longer-term prospect, and I think he could be quite useful.”

McCain, a great supporter of Carlisle, added: “I always enjoy coming to Carlisle - it is a proper racecourse.”

The Langholm handler said: “We had a frustrating time at the end of the year, but the tide has turned, and the horses are running really well.”