A field of nine runners was announced today for the Betfred Grand National Trial, with seven of them also holding an entry in the Aintree spectacular.

The nine-year-old is already a winner at Aintree this season, having captured the Randox Health Becher Chase over the Grand National fences on December 9. Blaklion was runner-up to Vieux Lion Rouge in the 2017 Betfred Grand National Trial. 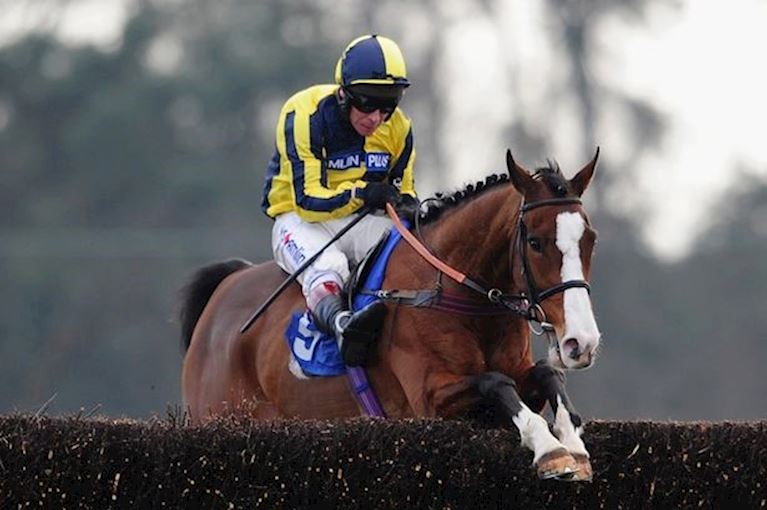 The Philip Hobbs-trained Three Faces West (Tom O’Brien, 10st 9lb, 6/1) is also entered in the Randox Health Grand National and has won three of his eight races over fences, as well as being second twice and third once.

The lightly-raced 10-year-old recorded successive victories towards the backend of 2016 at Haydock Park and Newbury respectively and returned to action after an 11-month layoff when trying to make all before finishing third to Perfect Candidate at Cheltenham on November 17 in a G3 handicap chase over nearly three and a half miles.

A faller at the 12th when in lead in the Betfred Tommy Whittle Handicap Chase over two miles and seven furlongs at Haydock Park in December, the Dr Massini gelding has registered two victories from four starts at the track, winning a novices’ hurdle in 2015 and a three-mile handicap chase the following year.

Jason Maguire, racing manager for owners Paul and Clare Rooney, said today: “Three Faces West is in good form at home (Somerset) and Philip Hobbs and his team seem very happy with him.

“We’re looking forward to running him at Haydock Park on Saturday. He’s got excellent course form, having won here twice before, so we’re optimistic of a good run.

“He’s been fine since his fall at Haydock the last day [December 23] and conditions and this track seem to suit.

“He’s won on soft and heavy ground before so the ground won’t be too much of a worry for him and we’re hopeful over this distance. Conditions look like they’ll be very testing.

“He is entered in the Randox Health Grand National and running at Aintree is definitely something we are considering.

“He would probably get in off his weight of 10st 3lb which looks fair. We’ll see how he goes on Saturday, but Aintree is definitely in our minds.

“He’s only had 13 runs in his life and he’s had a couple of problems, but he’s a nice horse and we’re happy with him going into Saturday’s race.”

Other declared runners for the Betfred Grand National Trial include the Colin Tizzard-trained The Dutchman (Danny Cook, 10st 13lb, 4/1), an impressive 13-length winner of the G2 Peter Marsh Chase at Haydock Park on January 20 and Wild West Wind (Tom George, Adrian Heskin, 10st 9lb, 6/1), successful at Chepstow in December before falling in the Welsh National at Chepstow on January 6. Both horses are also entered in the Randox Health Grand National.

The field for Saturday’s extended three and a half-mile handicap chase is completed by Daklondike (David Pipe, Tom Scudamore, 10st 5lb, 7/1) unbeaten on his last two starts at Wincanton and Newbury and Yala Enki (Venetia Williams/Charlie Deutsch, 10st 11lb, 14/1), fourth to The Dutchman in the Peter Marsh Chase in January.

Haydock Park's seven-race card on Saturday runs from 1.30pm through to 5.00pm.

Declared runners for the rest of the card at Haydock Park on Saturday will be known shortly after 10.00am tomorrow, Friday, February 16.

About the Betfred Grand National Trial

Staged over an extended three and a half miles, the Betfred Grand National Trial attracts some of the leading staying chasers and is an ideal prep race for the Randox Health Grand National at Aintree.

No horse has yet won both the Betfred Grand National Trial and Randox Health Grand National in the same season. Suny Bay won at Haydock Park in 1997 prior to finishing second at Aintree.

Chases and Hurdles will run on separate bends at both ends of the course.

There was 14 millimetres of rain over the weekend.

Around three millimetres of rain is forecast for today in the form of showers.

After today, conditions are forecast to be largely dry, with temperatures above zero.