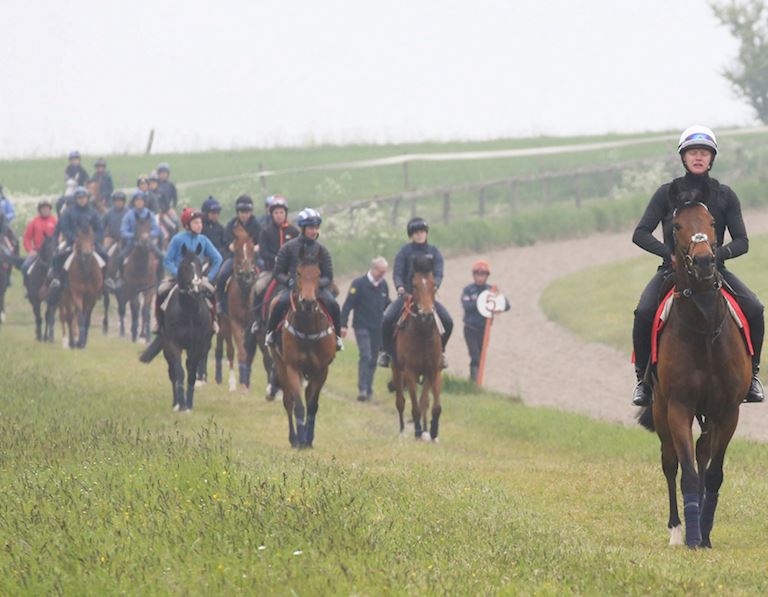 Owned by Hamdan Al Maktoum and trained in Lambourn by Charlie Hills, Battaash is partnered by Dane O’Neill, second jockey for the owner, rather than Jim Crowley who is riding in Ireland on Saturday. This will be the fifth time O’Neill has partnered Battaash and they are after their third success together. Battaash is drawn 11.

The four-year-old son of Dark Angel has not raced since pulverising the opposition in the G1 Prix de l'Abbaye at Chantilly, France, in October. The four-length verdict over Marsha earned him a rating of 123 in the 2017 LONGINES World's Best Racehorse Rankings of 2017.

Battaash is 10lb clear on official ratings on Saturday, but has to carry a G1 penalty and concede upwards of 5lb to his nine rivals.

Hoping to take advantage is Kachy (Tom Dascombe/Richard Kingscote, drawn 3), who looked as good as ever last time out when blitzing rivals by at least nine lengths in a five-furlong conditions race at Chester on May 11.

Eleven-year-old Take Cover (David Griffiths/David Allan, 10), a dual G2 winner, is another who likes to go forward. The five-furlong specialist ended 2017 in fine form, gaining Listed victories at Beverley and Dundalk either side of a G3 triumph at Newbury.

Mabs Cross (Michael Dods/Paul Mulrennan, 9), who is owned by the race sponsor Chairman and CEO David Armstrong, is one of two fillies in the Armstrong Aggregates Temple Stakes line-up.

The four-year-old has won four of her last five starts and took another step forward last time out with a neck success in the G3 Palace House Stakes at Newmarket on May 5.

Her Country Durham-based trainer Michael Dods said today: “Mabs Cross has come out of her victory at Newmarket in great form.

“She won nicely at Newmarket and hopefully Haydock gets a couple of the showers which are forecast.

“She is fine on good ground or good, good to firm in places, but I just wouldn’t want to run her on good to firm ground. I would be mindful of running her on rattling, fast ground.

“At the moment however, the plan is to run and we are looking forward to it, but it does look a very warm race.

“Battaash is a top-quality sprinter and we have all it to do to match him - he looks to be a sprinter out on his own at the moment.

“It is another big step up for our horse, but she has done everything right at home and we are looking forward to seeing how she gets on.

“I think she will be even better in three or four months’ time as she is improving all the time. Going forward, I think she is going to be very good.

“She is progressing with each run and I think in time, she could run over five or six furlongs – she is pretty versatile.”

The other filly in the field, three-year-old Mrs Gallagher (William Jarvis/Josephine Gordon, 4), lowered the colours of Mabs Cross by a neck in a five-furlong Listed race at Bath on April 20. Mrs Gallagher has since landed a Listed race over another half-furlong in good style at Naas on May 7.

Havana Grey (Karl Burke/P J McDonald, 6) was one of the leading two-year-old sprinters in 2017 and finished fifth, beaten a length and three quarters, behind Mabs Cross at Newmarket on his seasonal debut. 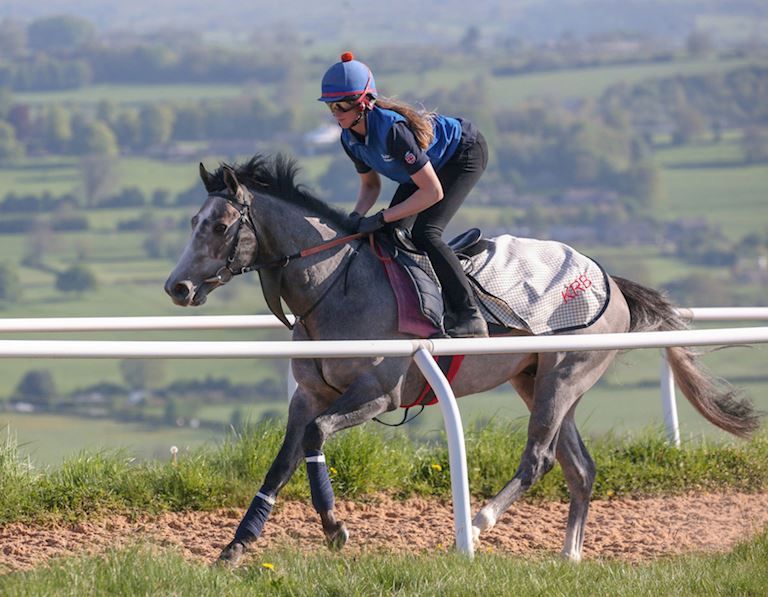 The cream of the three-year-old sprinting crop will be on show in the £90,000 G2 Armstrong Aggregates Sandy Lane Stakes (3.25pm, eight runners) over six furlongs.

Lambourn trainer Clive Cox, who landed the spoils with subsequent world champion sprinter Harry Angel 12 months ago, is aiming to double up with Royal Ascot scorer Heartache (Martin Harley, drawn 2). She has not raced since beating Havana Grey in the five-furlong G2 Flying Childers Stakes at Doncaster in September.

Unfortunately (Karl Burke/P J McDonald, 3) is the sole G1 winner in the field, having captured the Prix Morny over six furlongs at Deauville in August.

Barraquero (Brian Meehan/Tom Marquand, 5), James Garfield (George Scott/Silvestre de Sousa, 8) and Sands Of Mali (Richard Fahey/Paul Hanagan, 6) were all successful in G2 company over this distance as two-year-olds. James Garfield finished seventh of 14 in the first British Classic of 2017, the QIPCO 2000 Guineas, over a mile at Newmarket on May 5.

The going is currently Good to Firm, with thundery showers forecast tomorrow, Friday, May 25.

Eight millimetres was applied to the track each day from Sunday to Wednesday. Further watering is on hold in light of the latest weather forecast.

Haydock Park also stages a seven-race programme tomorrow, Friday, May 25, 188Bet Community Day, with the first race due off at 1.50pm.