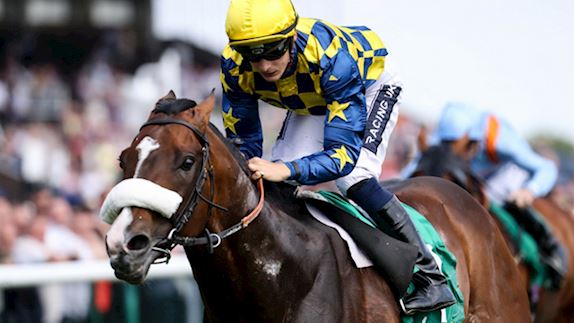 Haydock’s Heritage Race: the history of the Old Newton Cup 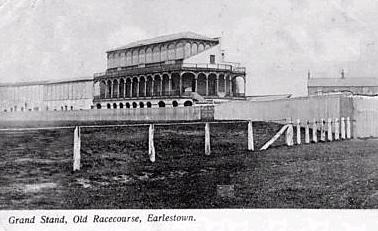 Haydock Park’s Old Newton Cup, which is to be run this year on Saturday, July 7th, represents the last tangible link with the old racecourse on Newton Common where horse racing took place from at least 1678 through to the move to the present course in 1899.

Although there are races for gold or silver cups recorded at Newton as far back as the mid-18th century, these were run, as was customary at the time, in heats, and many of them were only open to members of the local hunt. The antecedents of the present race lie more in the Newton Gold Cup which was first run, over a distance of four miles, in 1807, being won by Mr. G. Cholmondeley’s horse Young Chariot. The success of this venture led to the Gold Cup becoming a feature of the annual July meeting through until 1816, after which racing on the Common was suspended, for reasons that are not entirely clear. There are frustratingly few details of these races, but in 1810 it was noted that both the winning horse, Corduroy, owned by local landowner Sir William Gerard, and the second were so tired they could ‘scarcely get to the end’. In 1816, there were only two runners, and perhaps this was one reason the meeting became defunct the following year.

In 1825, the Lord of the Manor, Thomas Legh of Lyme Park in Cheshire, decided to revive the annual race meeting on the Common on a grand scale, which would make the course the Ascot of the north. An elegant grand stand was constructed and the Gold Cup again became the centrepiece of the meeting, which for the rest of the century was an unofficial holiday in Newton and the surrounding towns, and attracted large crowds. Charles Towne’s 1831 painting of Newton Races shows Fylde beating Halston and Recovery in the Gold Cup and gives a wonderfully atmospheric portrayal of the scene.

In 1846 there was a local winner in Maid of Lyme who was both owned and trained by James Clarke, whose stable was at Tan-house Farm in Crow Lane. Clarke’s father, William, also trained locally as well as being the Clerk of the Course at Newton; both father and son are buried in St.Peter’s churchyard in Newton.  The following year Maid of Lyme attempted to win the race for a second time, on this occasion being ridden by James Brandwood, a local lad, then aged 19, who was the son of a Newton weaver. Despite being backed down into second favourite, the pair finished well down the field. Brandwood’s subsequent career in the saddle was signally unsuccessful, and he later became a well-known local campaigner against racing on moral grounds.

The race retained its standing for most of the 19th century, and was won by many of the top jockeys of the day, including Jem Snowden, Tom Challoner and Fred Archer. However, pre-eminent amongst them was John Osborne, who had many Newton winners over a long career spanning more than forty years. He won the Gold Cup in 1849 on Pity-the Blind (so named because the horse was blind in one eye) in a race described as being of ‘desperate severity’. Osborne kept the race trophy on his dining room table for the rest of his life.

By the end of the century the course at Newton, like many other old-established meetings, was beginning to fall out of favour, not least because of the unruly behaviour of the crowd, and Lord Newton was happy to accept an offer by a Manchester-based syndicate to rent land in Haydock and establish a new course there, as this would enable him to sell the land on the Common for industrial development. In the event, however, the projected works was never built, and it is only recently that a part of the old racecourse has been built over for a new housing development.

The final renewal of the Cup on the old course took place in 1898. The meeting had been scheduled to take place at Haydock, but the new course was not yet ready and the race was transferred to Newton at the last moment. Styled the Newton Cup, it was run over a distance of one mile and was won ‘in a canter’ by First Foot, ridden by Freddie Lane.

By the following year the new course was firmly established and the Newton Cup was revived, but now run over a distance of 1 ¼ miles. There was a field of five, and the easy winner was the joint favourite Arsenal, who passed the post 12 lengths clear of his nearest rivals.

Over the next few years the race appeared to lose some of its old prestige and was run under a variety of names, including Newton Handicap and Old Newton Handicap, before settling down as the Old Newton Cup in 1903, when the distance was increased to 1 ½ miles. In this first running of the Cup in its revived form, there was a field of twelve, and the race provided a shock result as the  total outsider St Hilarious led from start to finish, and, despite running on the outside of the course, recorded a comfortable victory by two lengths

The race has remained a centrepiece of Haydock’s flat season ever since, and over the past hundred years has been won by most of the top jockeys, including Willie Carson,  Pat Eddery and Frankie Dettori. Gainsborough, ridden by the Australian jockey Brownie Carslake, became the first dual winner of the race in 1932, having previously won it two years earlier; the only other dual winner has been Pagasus in 1936-37.

In recent years the race has begun to acquire an international flavour. The 2003 winner Collier Hill ran in Sweden, Germany and Dubai, before winning major races in Canada and Hong Kong, Alkaseed (2004) went on to win the Japan Cup in a record time, whilst last year’s winner, Dylan Mouth, won several good quality races in Italy before his Haydock victory. The Old Newton Cup may never have acquired the status or fame of its Ascot counterpart, but it remains a race to savour in Haydock’s flat racing season.