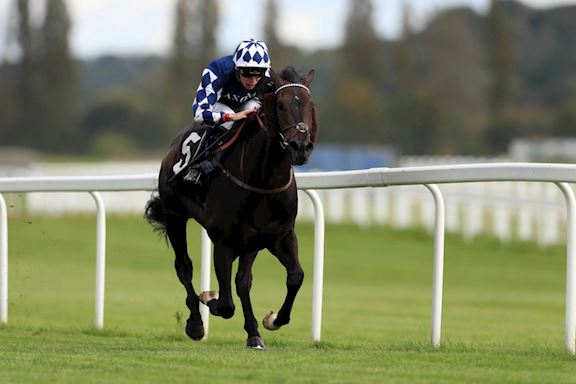 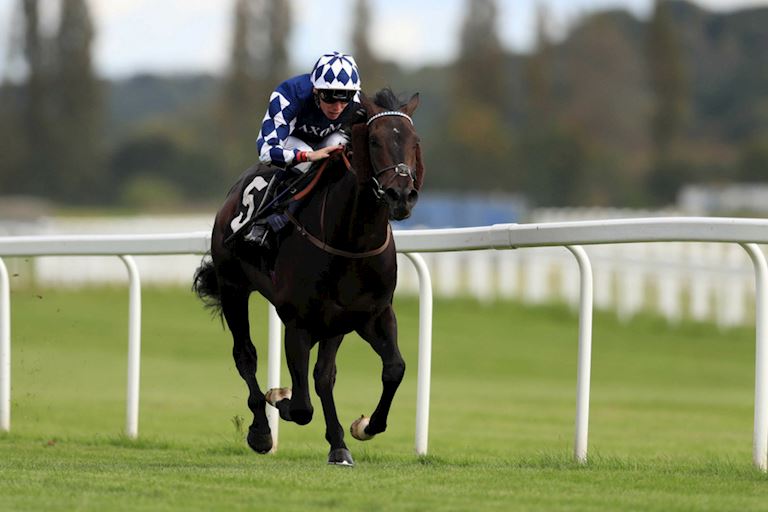 The full-length bet365 Old Newton Cup film is available to view here. You can also watch a 30-second version of the film – here

He is joined by stable companion Atty Persse (Jamie Spencer, 9st 4lb), the 4/1 favourite with bet365. Owned by Godolphin, the four-year-old is yet to start in 2018, but was a very useful performer in 2017, as he proved when landing the King George V Handicap at Royal Ascot.

Scottish handler Iain Jardine landed a major handicap victory in 2017 when taking the Ebor at York with Nakeeta, who went on the finish a good fifth in the G1 Melbourne Cup in Australia.

The four-year-old son of Rio De La Plata was trained by Andrew Balding before joining Jardine this season and ran a good race on debut for his new connections, when going down by three quarters of a length to Exhort in a 10-furlong handicap at Ayr on June 22.

Jardine said today: “In hindsight, I think Atkinson Grimshaw should have won at Ayr last time out. He was held up in a slow-run race and finished off really well. I think the winner that day is a fairly decent horse and we giving him a fair bit of weight (8lb).

“We are in a good race at Haydock on Saturday with a decent racing weight and we have apprentice Jamie Gormley, who works for me, taking the ride. Jamie rode the horse at Ayr and will know him a bit better on Saturday.

“Looking at the race, we are hopeful. You can’t be confident in a race like this, but it is worth a strike and he stays a mile and a half.

“The track and ground will suit and we just need a bit of luck, fingers crossed. The horses are running well at the moment so hopefully he can put up a good performance.”

A further Scottish-trained contender is Eye Of The Storm (Keith Dalgleish/Phillip Makin, 8st 12lb, 20/1), a staying-on third last time out in a competitive Ayr handicap over 13 furlongs on June 23.

Another trainer to have won the bet365 Old Newton Cup twice already is Newmarket-based Marco Botti, who scored with De Rigueur (2014) and Dylan Mouth (2017). Botti is represented in 2018 by Crowned Eagle (Daniel Muscutt, 9st 7lb, 10/1), who was a close sixth in the Duke of Edinburgh Handicap at Royal Ascot last month, having landed Roseberry Handicap on Polytrack at Kempton Park in March

Teodoro (Tom Dascombe/Richard Kingscote, 9st 6lb, 8/1) is bidding to keep the prize in the North West and comes into Saturday in excellent form, having won by six lengths at Newbury on June 26.

It is 21 years since Richard Hughes won the bet365 Old Newton Cup as a jockey on Key To My Heart and this year he returns to Haydock Park as the trainer of Golden Wolf (Nicola Currie (3), 8st 9lb, 10/1), who is seeking to go one better following three seconds so far in 2018, including in competitive contests at Epsom Downs and Newmarket.

Across The Stars (Richard Hannon/Dane O’Neill, 9st 6lb, 10/1) was one place behind Golden Wolf at Epsom Downs on Derby Day, while the Society Red (Richard Fahey/Paul Hanagan, 8st 13lb) has won two of his last three starts at Beverley and York but is stepping up to a mile and a half for the first time in his career.

Celebrating the heritage of the bet365 Old Newton Cup

The bet365 Old Newton Cup represents the last tangible link with the old racecourse on Newton Common where horse racing took place from at least 1678 through to the move to the present course at Haydock Park in 1899. The tradition and heritage of the race makes the Old Newton Cup an integral part of Lancashire's racing history and the community.

The race has been won by top-class horses including the 2003 winner Collier Hill, trained by the late Alan Swinbank, who went on to victory in G1 races in Ireland, Canada and Hong Kong.

The full length bet365 Old Newton Cup film is available to view here. You can also watch a 30second version of the film – here

Tickets for the bet365 Old Newton Cup on Saturday, July 7 are still available, please head to the website haydock.thejockeyclub.co.uk for more information and to purchase tickets.

Also featuring on the card is the G2 bet365 Lancashire Oaks (1.10pm, seven runners) over a mile and a half for fillies and mares.

Heading the field for the £93,000 race is Horseplay (Andrew Balding/David Probert, 5/2 favourite with bet365), who was fourth to Enable in the 2017 G1 Investec Oaks at Epsom Downs and came home second to Coronet in the G2 Middleton Stakes at York in May.

Progressive four-year-old Precious Ramotswe (John Gosden/Robert Havlin, 9/2 with bet365), who is owned by Anthony Oppenheimer and unbeaten in her two starts so far this year, most recently taking a G3 contest at York, is out too boost the fantastic record of Newmarket trainer John Gosden in the bet365 Lancashire Oaks.

Along with the late Sir Henry Cecil, Gosden is the most successful handler in the Lancashire Oaks with seven wins, most recently The Black Princess in 2017.

Luca Cumani, twice victorious in the Lancashire Oaks, runs God Given (Jamie Spencer 4/1), a winner last time out over the course and distance in the G3 Betway Pinnacle Stakes on June 9.

The going at Haydock Park remains Good to Firm.

The hot spell is due to continue. Eight millimetres of water has been applied to the course every day for the past week. The track will not be irrigated today (Thursday), but the plan is currently for further irrigation tomorrow.

On Saturday racegoers will also be able to keep up with the action in the World Cup quarter-final between England and Sweden, which will be shown on televisions in every bar and on all screens around the track. The match will also be shown on the big screen after racing has finished at 4.10pm.