The four-year-old son of Dark Angel dominated the opposition in the 2017 32Red Sprint Cup, with his four-length verdict over Tasleet (William Haggas/Daniel Tudhope) ensuring he ended the year as the highest-rated sprinter in the world with a rating of 125 in the Longines World’s Best Racehorse Rankings.

Harry Angel (Clive Cox/Adam Kirby), the 11/8 favourite with 32Red, made a winning return in the G2 Duke Of York Stakes at York in May, but has not raced since injuring himself in the stalls in the G1 Diamond Jubilee Stakes at Royal Ascot on June 23. 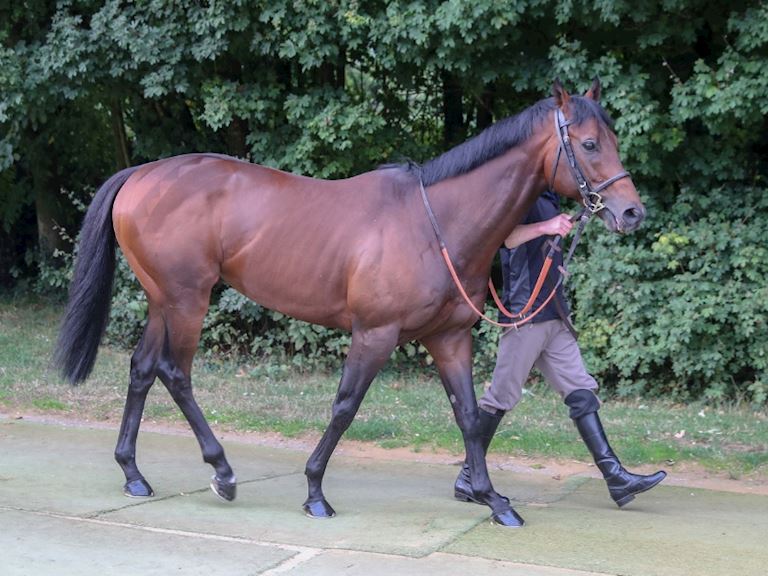 Be Friendly, who was owned by legendary BBC commentator Sir Peter O'Sullevan, is the only multiple winner of the 32Red Sprint Cup, having landed the first two renewals in 1966 and 1967.

Tasleet (8/1 with 32Red), who finished second in three G1 sprints last season, is having his first start since finishing third in the G2 Greenlands Stakes at the Curragh in May.

Sands Of Mali captured the G2 Armstrong Aggregates Sandy Lane Stakes over course and distance in May – as have the past two winners of the 32Red Sprint Cup.

Supplementary entries James Garfield (George Scott/Frankie Dettori, 8/1) and Sir Dancealot (David Elsworth/Gerald Mosse, 15/2) both come into the top sprint on the back of career-best performances and have boosted the prize money.

James Garfield was worn down late on when second in the G1 Prix Maurice de Gheest over six and a half furlongs at Deauville on August 5, while Sir Dancealot defied a penalty in style to win the seven-furlong G2 Hungerford Stakes at Newbury on August 18.

The Tin Man (James Fanshawe, 15/2) is out to build on his good record in the 32Red Sprint Cup, having finished second in 2016 and third 12 months ago. In-form jockey Oisin Murphy rides the six-year-old for the first time.

Irish trainer Joseph O’Brien saddles Speak In Colours (Donnacha O’Brien, 16/1), who will be the trainer’s first runner at Haydock Park. The three-year-old bounced back from a disappointing run behind Eqtidaar at Royal Ascot when winning the G3 Phoenix Sprint Stakes in good style at the Curragh on August 12.

O’Brien said: “Speak In Colours has been in good form since he won the last day and Haydock has always been the plan.

“He likes decent ground, but I think he will handle softer conditions as well so that might help him at Haydock. He is improving all the time and has progressed with each run.

“He had one blip at Royal Ascot where he didn’t get the best run through the race. It was a funny race where a few horses underperformed, but he had done nothing wrong before that race and since then, so we just put a line through it and have regrouped with him.

“He is a lovely three-year-old colt and we are hopeful there is more improvement to come.”

Gustav Klimt finished fifth behind Sir Dancealot at Newbury on his latest start, and has not raced over six furlongs since his racecourse debut at the Curragh in May, 2017.

O’Brien snr said: “We have been playing with the idea of bringing Gustav Klimt back to six furlongs. He is by Galileo and is out of a very fast mare [Massara, a six-furlong Listed winner].

“He worked on Tuesday and we were very happy with him. Speaking to the people at Haydock, it looks like the ground could be on the easy side of good.”

The 32Red Sprint Cup is part of the QIPCO British Champions Series.

Ed Nicholson, Head of Kindred Racing (32Red & Unibet) said: “It is so exciting to see such a wonderfully talented field of sprinters line up for what will be the richest ever 32Red Sprint Cup.

“Last season, Harry Angel’s victory in the race helped him become officially the best sprinter in the world according to the Longines World's Best Racehorse Rankings and it will be fascinating to see him back in action following his unfortunate experience at Royal Ascot.

“But it is far from a one horse race with many of the top sprinters around taking part.”

Elsewhere on the card, promising three-year-old Regal Reality (Sir Michael Stoute/Ryan Moore) is one of eight runners in the G3 Unibet Mile (2.25pm). He made it two wins from three starts in the G3 Thoroughbred Stakes at Goodwood on August 3.

Latest Going: The going at Haydock Park is currently: Good, Good to Soft in places. GoingStick reading at 7.45am today: 7.3

There was seven millmetres of rain on Monday (September 3).

It was dry on Tuesday and Wednesday, September 4 & 5.

The forecast is for light showers today and tomorrow, Thursday & Friday, September 6 & 7.

On Saturday, September 8, 32Red Sprint Cup Day, rain is forecast through the day, with a maximum temperature of 17 degrees Celsius.

32Red Sprint Cup offers a seven-race card running from 1.50pm through to 5.25pm.