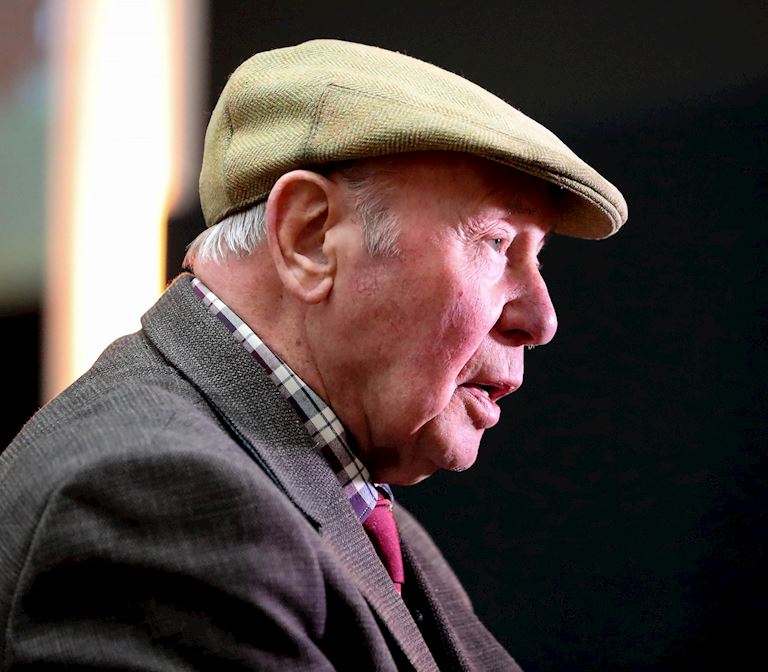 Hemmings has claimed the world’s most famous steeplechase title on three occasions, with Hedgehunter (2005), Ballabriggs (2011) and Many Clouds (2015).

Now Hemmings could have three horses carrying the flag for him at Aintree on April 6 as he goes in search of fresh glory in the four miles, two furlongs marathon.

And the Isle of Man based millionaire admits he has high hopes for one of his personal favourites, the Sue Smith trained grey Vintage Clouds.

“We have a secret weapon in Vintage Clouds,” said Hemmings ahead of Saturday's Grand National Trial at Haydock Park.

“He will get a run in the race this year and we are looking forward to seeing him – he’s a special horse.”

It would mean the world to Hemmings to be crowned the most successful Grand National owner of all time in the Aintree spectacular.

He currently shares the honour with James Machell, Sir Charles Assheton-Smith and Noel Le Mare, who famously enjoyed three victories with the legendary Southport-trained Red Rum in the 1970s.

“The Grand National is the best race the world, no doubt about it,” said Hemmings.

“I go back many years with the Grand National and it is a very special race for me.

“I can’t tell you how much it means to me to have won the race three times and hopefully we could make it four victories this year.”

On his two other potential runners, Hemmings added: “Lake View Lad will hopefully be thereabouts in the Grand National and he has enjoyed a fine season so far.

“Lake View Lad would like cut in the ground, but Warriors Tale is a horse who would appreciate better ground.”

Meantime, 2017 Grand National winner One For Arthur will miss Saturday’s prep race at Haydock Park for this year’s Aintree contest because of the new rules introduced as a result of the equine flu outbreak.

Trainer Lucinda Russell said: “One For Arthur was due to run in the Grand National Trial at Haydock, but we’ve had to rule him out because he was vaccinated for flu more than six months ago.

“We have been really pleased with him so it’s disappointing, but hopefully we can find another race him and Aintree is still the target.”

British horse racing returned to action on Wednesday after a six-day shutdown because of the equine flu outbreak.