ERIC Alston is ready to give Royal Ascot hopeful Maid in India her first run of the season in Saturday’s Betway Achilles Stakes at Haydock Park.

ERIC Alston is ready to give Royal Ascot hopeful Maid in India her first run of the season in Saturday’s Betway Achilles Stakes at Haydock Park.

The Longton trainer is aiming the speedy filly at the Wokingham Handicap and hopes the five-year-old, a previous Haydock winner, can impress in the Listed race. 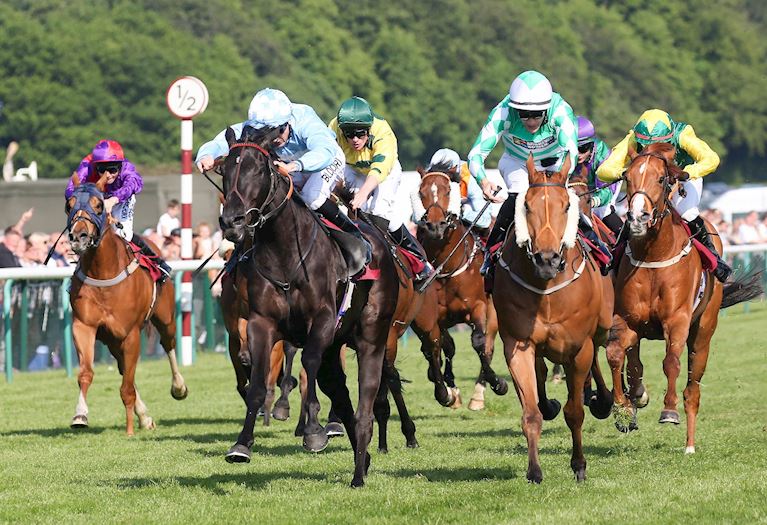 “We need to get a run into her – but Maid of India has won first time out before, so we’ll see how she goes at Haydock Park,” said Alston.

She progressed further, claiming an £18,000 prize at Pontefract - before a fourth-place finish in the Bodicea Stakes at Newmarket.

“We’ve always rated her as a fine prospect, and she’s well,” he added.

“But we’ve had a slow start to the year, with some of our horses a little bit backward.

“I’ve got 16 horses in training, and one of those Key Choice, will also be going to Haydock to run in a maiden on Thursday.”

Bred by his owners, Gary and Lesley Middlebrook from Windermere, Reverence also won the Temple Stakes in the same year.

“That was special, and Reverence was a few strides away from adding the Prix de l’ Abbeye to his trophy haul that year, so he was an incredible horse.”

Alston said he was delighted to see his racing hero Lester Piggott honoured when Her Majesty the Queen unveiled a statue of the eleven times champion jockey ahead of last weekend’s Derby at Epsom.

Piggott won his first race at Haydock Park as a 12-year-old and holds the record for victories in the Classic with nine wins.

“Lester had long and delicate fingers like a piano player, and horses just ran for him,” said Alston.

“He was also a man of few words, until he wanted to know something about the horse he was riding.

“Then he’d come to life, chattering like an over-excited teenager.

“The public never saw that side of him.”

Alston added: “Most of the time you’d only get a grunt from Lester, if you were lucky.

“One day, though, I asked him to ride one of my horses, Cronks Courage, at Doncaster.

“He agreed, so the day before I asked Sue, my wife, to contact Lester.

“Sue said, ‘Hello, Lester, do you ride for us tomorrow?

“There was a long, painful silence, maybe a minute, and Lester snapped: ‘I said so, didn’t I’, and slammed the phone down.

“We both had a real giggle, but that was Lester – the greatest jockey ever.”

Haydock Park’s three-day festival begins on Thursday followed by Live at The Races featuring Jess Glynne in concert on Friday.