The speedy colt, fourth in the 2,000 Guineas, looked another Ballydoyle superstar in the making and gave his trainer a record-equalling fifth July Cup success last weekend.

That has seen Ten Sovereigns installed as the red-hot favourite for the £300,000 six-furlongs Group One contest in September. 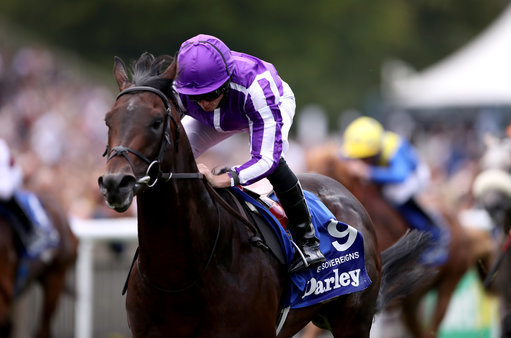 Intriguingly, the 32Red Sprint Cup is one of the few Group One prizes to have eluded Ireland’s champion Flat trainer.

O’Brien has entered six horses in the Sprint Cup - including Ten Sovereigns.

And Ryan Moore, who rode the July Cup champion to victory, said: “Ten Sovereigns looked like a top-class sprinter and hopefully he can continue that for the rest of season wherever he races.

“I thought the turn of foot he showed in the July Cup was the most impressive thing about his performance.”

The two-year-old champion of 2018 Too Darn Hot was given a Sprint Cup entry after returning to form by outclassing his rivals over seven furlongs in a Group race at Deauville.

Trainer John Gosden dropped Too Darn Hot in trip after placed efforts in the Dante, the Irish 2000 Guineas and the St James’s Palace at Royal Ascot.

However, Too Darn Hot is pencilled in to run in the Sussex Stakes at Goodwood before Gosden and owner Andrew Lloyd Webber weigh up their future plans.

Simon Marsh, racing manager to Lloyd-Webber, said: “Too Darn Hot showed an enormous amount of speed in France and we want to keep all doors open.

“It’s exciting because he was his old self at Deauville, recording an extraordinarily fast time.”

One horse has won the 32 Red Sprint Cup twice.

Be Friendly, owned by the late BBC racing commentator Sir Peter O’Sullevan, captured the first two titles in 1966 and 1967.

Meanwhile, there’s plenty of turf and music action to look forward to at Haydock Park this weekend.