The talented gelding missed the whole of the 2016 and 2017 seasons - but was the toast of Haydock Park when he gave northern trainer Karl Burke his first success in one of Britain’s oldest races.

And Burke will be hoping that the tough as teak six-year-old can continue his golden run in tomorrow’s (SATURDAY, JULY 13) John Smith’s Silver Cup at York. 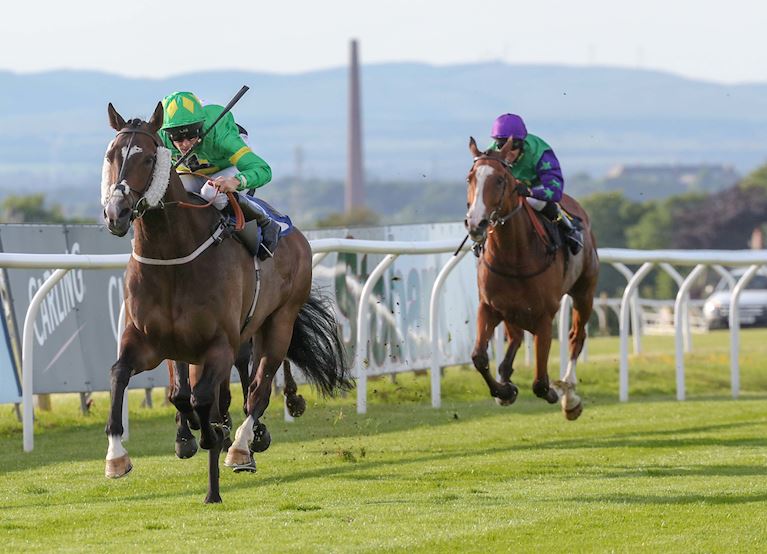 “I’d love him to get in the Ebor at York next month – that’s the race we are looking at,” said Burke.”

In a rousing finish to last weekend’s Old Newton Cup, Kelly’s Dino prevailed by a length from Lucius Tiberius.

Burke added: “Haydock Park, my favourite track, was the perfect place to run him.

“And it proved to be the perfect race, because he’s a horse who stays well.

“He’s lovely, and to see him claim that prestigious race was so special because he has come through some very tough battles, suffering those injuries.

“Kelly’s Dino can take a quick race, because he doesn’t overdo himself, so we’ve put him in the Group race at York, (Silver Cup) and we’ll see how we go.”

Haydock Park has proved a very happy hunting ground for the Yorkshire Dales based handler.

“A couple of my best moments in racing came with Quiet Reflection, winning those races at Haydock Park,” he said.

“She really was marvellous that year, and for a three-year-old to produce that sort of performance against her elders in the Sprint Cup proved that she was an exceptional horse.”

He added: “I’ll never forget the scenes at the end of the Sprint Cup.

“It had rained all day, a real deluge, but the emotion of the owners (The Ontoawinner Syndicate) was so special and the Haydock Park crowd was incredibly generous.

“I think they knew that they had seen a very fine horse and it will live long in the memory for everybody connected with our yard.”

Haydock Park returns to action next week with a two-day fixture, Friday, July 19 and 20.

The Saturday evening at the races fixture will welcome local singing legend Rick Astley in concert.