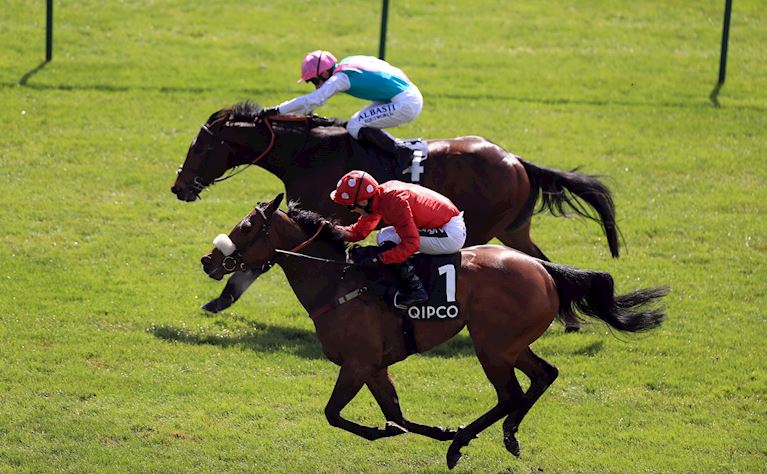 Armstrong, who co-owns Mabs Cross with his wife Emma and who are both great supporters of Haydock Park, are dreaming of avenging last season’s photo-finish defeat in the five-furlong cavalry charge on The Knavesmire.

Armstrong said: “It took some getting over what happened at York twelve months ago – it was heart-breaking to lose by a nose,” said Armstrong.

“Mabs Cross was beaten by the finest of margins, when I was convinced that she had won.

“It was definitely a tough one to take, but that’s racing.”

And Armstrong, who has also entered Mabs Cross in next month’s Sprint Cup at Haydock Park, added: “Mabs Cross seems every bit as good this year as she did ahead of the Nunthorpe last season.

The five-year-old speedball went one better after defeat in the Nunthorpe – claiming the Prix de l’Abbaye crown in Paris on Arc Day, finishing 2018 as Cartier Champion Sprinter.

And she has carried on improving, claiming the Palace House Stakes at Newmarket in May.

Mabs Cross trainer Michael Dods said: “It would be nice to put it right and win the Nunthorpe.

“And she’s perhaps gone under the radar a little bit.

“You have to be impressed with what Battaash has done this season and Aidan O’Brien is bullish about Ten Sovereigns (July Cup winner).

“They’re good horses and hopefully we’re somewhere near them at the end of the race and put last year’s defeat right.”

Meantime, Hello Youmzain is set to return to action in next month’s Sprint Cup at Haydock Park.

Kevin Ryan’s progressive three-year-old underlined his potential by finishing third in the Commonwealth Cup at Royal Ascot in June.

Hello Youmzain showed his liking for Haydock Park when lowering the colours of Calyx in the Group Two Sandy Lane Stakes in May.

“I think he likes a bit of cut in the ground so he should get it there.”