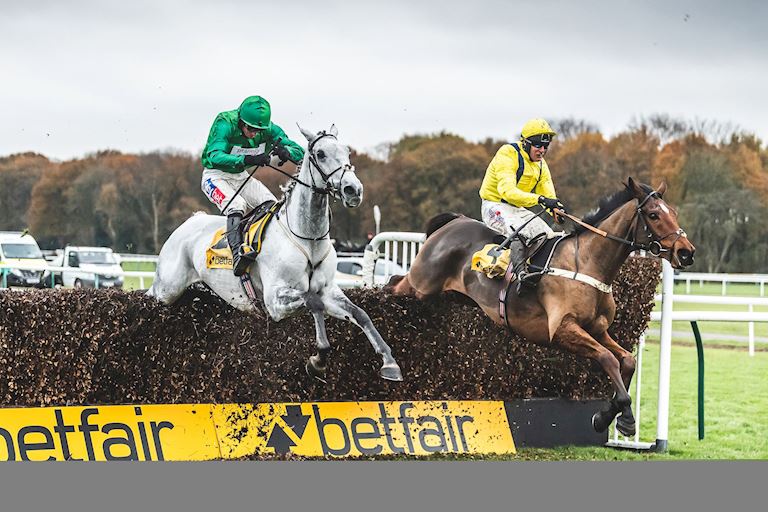 “Lostintranslation was tremendously impressive at Haydock Park and we are very lucky to have a horse like him,” said trainer Colin Tizzard.

“He put his feet up on Sunday, had a nice rest, but he was back on the gallops on Monday morning, bright as a button.

“He’s a dream horse and we’ve got to make sure we look after him because they don’t come along very often.”

Tizzard, who won the Betfair crown three times with Cue Card, added: “We are going to have a go at the £1 million Jockey Club bonus.

“That race route was always the plan, but we are just starting out on that journey.

“We just need to make sure we get him there on top form for those races.”

The £1million pot is the golden incentive for a horse winning the Betfair Chase, King George V1 at Kempton on Boxing Day and the Gold Cup.

Reflecting on Saturday’s big race win at Haydock Park, Tizzard said: “Lostintranslation outstayed a great stayer (Bristol De Mai) who had won the two previous Betfair Chases and had never been beaten in four races there.

“But I thought he travelled beautifully and jumped immaculately.

“Just before the second last fence my phone rang out and it was my daughter calling.

“She said: “I’m watching the race Dad. I feel sick with nerves.

“It was just how I felt too, with a few nerves and anxiety.

“You never know do you?

“You work so hard to get them right and keep them safe and when you get a good horse it so special.”

He added: “For a stride or two it was hard to split them going to the finish (Lostinstranslation and Bristol De Mai), but then mine pricked his ears and went for home.

“It was lovely to see him win like that and he looks a thorough stayer.”

Jockey Robbie Power had tipped Lostintranslation for victory in the Betfair Chase.

He said: “It was no secret what we thought of him, but he was stepping into the big boys’ league and they don’t come any bigger than Haydock Park and Bristol De Mai.

“We found plenty about his Gold Cup credentials and I think Lostinstranslation did the talking at Haydock Park.”

Why not get into the Christmas spirit next week and join Haydock Park for their Christmastime race day on Wednesday, December 4.

There are two more jumps fixtures after that, the Tommy Whittle Chase Day on December 21 and the Last Fling on December 30.