Ten-time champion trainer Paul Nicholls sends one of his Cheltenham hopes north for the big race of Carlisle’s Monday meeting.

Dolos is an entry for November’s BetVictor Gold Cup, National Hunt’s autumn showpiece event, and there’ll be chance to assess the five-year-old’s form in the Weatherbys Hamilton Graduation Chase over 1m 7f. 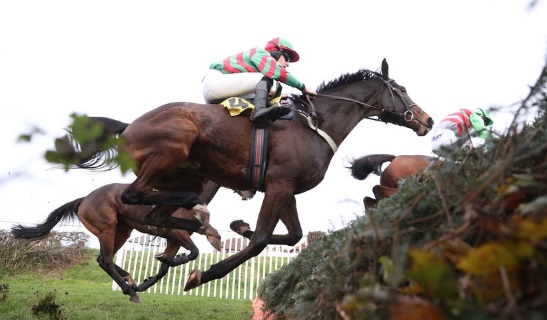 The gelding had a strong return on heavy ground at Newton Abbott in October and was runner up in Ayr’s Scotty Brand Handicap Chase in April. There have been previous wins at Ascot and Chepstow and Harry Cobden again takes the ride.

Competition may well come from Ann Hamilton’s Nuts Well who won this race last year when favourite in a four-strong field. Brian Hughes has been his partner since the switch to chasing and there was also a win on return at Kelso last month.

Dan and Harry Skelton will be in partnership again after their double success at Carlisle’s opening meeting of the jumps season. One For Billy has two wins in his chase career, both times with Harry in the saddle.

Monday’s six-card meeting also features two qualifiers for the Northern Lights Series finals to be held at Carlisle on December 2. The five series finals are each worth £35,000 and are designed to provide greater opportunities for mid-tier jump horses.

Ten runners will contest the Smarkets Mares Handicap Hurdle for horses three years and over.

Iain Jardine’s Keep The River was a winner a fortnight ago at Ayr over slightly longer distance. While Versifier broke her duck for Oliver Sherwood when going on strongly to win at Hereford last month.

Also likely to be a contender is Llantara for Tom Symonds. The seven-year-old makes her season return after signing off with a comfortable win at Hereford in April.

The second qualifier is for the Middle Distance Chase final with 11 runners going over 2m 4f.

Harriet Graham’s Sudski Star has shown a liking for Carlisle in the past, winning over 1m 7f in March.

Tomkevi for Rebecca Menzies has seven career wins to date. The seven-year-old’s last appearance was in a handicap hurdle at Carlisle in March where he was unable to repeat his win from earlier in the month at Southwell.

Donald McCain’s Rainy City was a runner up at the course in March when he had every chance before a mistake at the last and Brian Ellison’s Instant Replay had a useful run out when returning at the Durdar track in a handicap hurdle last month.

The meeting closes with a National Hunt flat race over 2m 1f with Oliver Sherwood’s Tarada and I K Brunel for Olly Murphy among the likely favourites.

Carlisle Racecourse General Manager Molly Dingwall said: “We’re now into the thick of the jumps season and with 62 declarations across six races we’ve got an excellent afternoon’s racing in prospect.

“The Graduation Chase is the highlight, but with only a handful of qualifiers remaining for the Northern Lights Series finals, there’s a lot of interest in who will make it to the big day.”