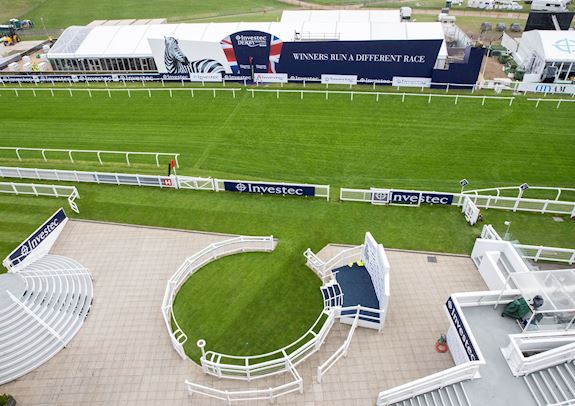 With the revised Flat racing season now well underway there are plenty of clues as to who might win the Investec Derby on July 4th. Here, we take a look at how some of the leading contenders have performed since racing resumed behind closed doors and run the rule over some of superstar trainer Aidan O’Brien’s prospects for the world’s greatest Flat race.

In 1971 Ian Balding sent Mill Reef from his Kingsclere base in Berkshire to win the Derby at Epsom Downs.

Now, 49 years later, son Andrew has his best chance yet of emulating his father’s feat in the shape of last weekend’s QIPCO 2000 Guineas hero, Kameko.

The son of Kitten’s Joy ran out a neck winner of the first Classic of the season at Newmarket in record time, giving Champion Jockey Oisín Murphy his first taste of Classic success at the age of 24.

Kameko – which translates as ‘turtle’ in Japanese – has been described by his trainer as ‘the best they’ve had at Kingsclere for many years’. Balding has been adamant that he would love him to line up in this year’s Investec Derby on July 4th.

Just under four lengths behind Kameko in the QIPCO 2000 Guineas was the Saeed Bin Suroor-trained Military March. Horses that have run well in the Guineas without winning have gone on to run well just weeks later when turning up for the Classic on the Downs. One such example in recent years being Masar, who gave Godolphin an historic first success in the race two years ago, with Jockey William Buick on board who has also been confirmed to take this year's chance.

Before lockdown his Newmarket handler was quoted as saying he sees him ‘as a Derby horse’. Military March is by 2008 Derby winner New Approach and is out of the Godolphin-owned Punctilious, a Group 1-winner up to a mile and a half, which provides optimism in itself.

The race preceding the QIPCO 2000 Guineas on Saturday saw the emergence of another possible Investec Derby contender in the shape of Mishriff. In the care of Champion Trainer John Gosden – who won the Epsom prize with Golden Horn in 2015 – the Make Believe colt dismissed his rivals coming out of the dip to win by four lengths.

Twenty-four hours earlier, we witnessed English King put up an impressive display in the Derby Trial Stakes at Lingfield Park on just his third career start. The trial has thrown up Derby winners in the past, most notably just 12 months ago when a certain Anthony Van Dyck landed the prize before going on to win the Investec Derby.

A son of 2012 Derby hero Camelot, he’s trained by emerging Lambourn trainer Ed Walker, who only a few years ago had a Classic contender in the shape of Stormy Antarctic.

That horse won the Craven Stakes before failing to fire in the 2000 Guineas a few weeks later. Now though, Walker looks to have his first real Derby hope.

English King runs in the famous colours of Bjorn Nielsen, a successful owner-breeder who purchased Kingsdown Stables where Walker now trains in 2012. He is perhaps best known for his association with dual Gold Cup-winner and twice £1million bonus hero stayer Stradivarius.

On record as being obsessed with The Derby, Nielsen looks to have his best chance since Assessor, who won the 1992 Lingfield Derby Trial before finishing down the field behind Dr Devious in the Epsom Classic.

In recent times The Derby has very much been the domain of Aidan O’Brien and his Ballydoyle team, so much so that we are used to seeing the yard field several runners in the race.

O’Brien has won the Investec on five of the last 10 occasions, including a stunning one-three-four-five-six in the race last year. One of his leading hopes going into this week for the Derby was Mogul, who is a full-brother to last year’s runner-up and subsequent Juddmonte International Stakes winner Japan.

After going off favourite in the King Edward VII Stakes, he disappointed to finish fourth behind the William Muir-trained Pyledriver. The latter has thrown his hat into the ring having been previously unsold for 10,000gns at the Tattersalls December Foal Sale. Now a 25/1 if he were to claim the big one it really would be a fairytale story and could see jockey Martin Dwyer return to success in the Classic following his win on Sir Percy back in 2006.

Another Ballydoyle horse to the fore in The Derby betting at this stage is Innisfree, who would look to have a Derby profile about him. His dam, Palace, ran in the Investec Oaks in 2014 behind Taghrooda. He finished second to Kameko in the Vertem Futurity Stakes at Newcastle and could be open to any amount of improvement this year.

On Wednesday at Royal Ascot we saw Russian Emperor make his way up the pecking order for Aidan O’Brien’s Derby team with an impressive win in the Hampton Court Stakes. Delivered with a late challenge in the hands of Ryan Moore he looks certain to relish the Derby trip and with two runs under his belt already won’t be lacking for race fitness.

But no matter who you fancy, it would be foolish to rule any of Ballydoyle’s contenders out come July 4th.