There is no race like it and no contest more important for Flat racing or the Thoroughbred breeding industry than the Cazoo Derby.

As ever, the build-up to the world’s greatest Flat race provided drama, speculation and stories galore. But when it came to 4.30pm and the stalls opened the race was anyone’s.

Jockey Adam Kirby celebrated the first Classic triumph of his career by cruising to Cazoo Derby victory on Adayar – then praised trainer Charlie Appleby for his “unbelievable loyalty”.

Just 72 hours earlier Kirby had been left devastated after losing the ride on John Leeper when connections decided to replace him with Frankie Dettori, who became available following Aidan O’Brien’s decision to run only Bolshoi Ballet in the Epsom Downs showpiece.

However, Appleby showed faith in Kirby and offered him the ride on Adayar, a horse he had originally wanted the 32-year-old to ride.

Adayar, a 16-1 chance, was a little slowly away but soon recovered to track the leaders in today’s 242nd staging of the premier Classic. After hitting the front two furlongs out, the result did not look in any real doubt and Adayar kept on resolutely to come home four and a half lengths clear of 50-1 chance Mojo Star, with stable companion Hurricane Lane another three and a quarter lengths back in third. The 11-8 favourite Bolshoi Ballet never threatened and finished a well-beaten seventh.

Speaking after partnering Adayar to victory in the world’s greatest Flat race, Kirby said: "It's quite unbelievable, really. I don't think it's sunk in yet.

“I can't thank Charlie Appleby enough; his loyalty is unbelievable. He's a real man's man. Clive Cox, my guv’nor isn't here today but he's the most loyal man, and to be able to ride class horses when you're just a sort of run-of-the-mill jockey and you get a chance on the big day to deliver - it's a marvellous feeling…  I hope my mother was watching!”

Trainer Charlie Appleby added: “I’m delighted for the whole team. Being a home bred as well and obviously Frankel having his first Derby winner and it is great for Adam.” 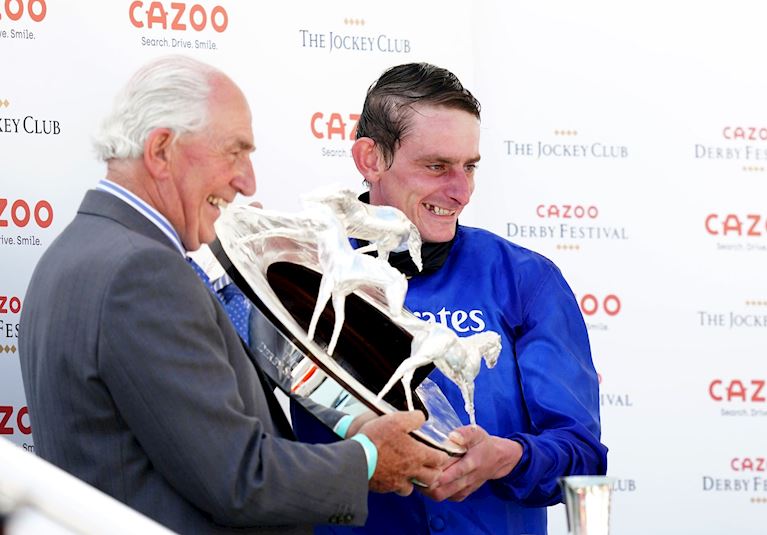 It’s considered to be the fastest horse race in the world and the five furlong World Pool “Dash” didn’t disappoint as an appetiser before the main event.

It was Mokaatil who landed the big handicap at a huge price of 25-1 giving 21 year old jockey David Egan ever first Epsom Downs success in the process.

Egan, the 2017 champion apprentice, said afterwards: “It is a lovely one to do it in and it was also my first ride in the Dash as well. He is a horse that has been running over six and seven (furlongs).

“This was a fast run five and if he was able to jump the gates well and get a prominent position and not be put under too much pressure for the early part of the race he was always going to stay on up the hill nicely on what I thought was testing ground.

“He pinged the gates, we got a nice position. About two out, I had the decision to let him roll down the camber and come left of the lead horse or drag him back up the hill and I thought it was the best thing to do to let him keep his momentum up.

“He has stayed on well past the line and galloped on after the end so going back to six furlongs will be no problem. He is a fantastic horse and it is great for Mr Williams' team who give me a lot of support.

“There was a lot of speed and one horse in the corner of my eye did jump very fast close to the rail and I was able to get within a length of it which I was happy with. As long as I could tag on to the back of one that would go quick enough to take me into the race, and as I said he finished off nicely and he quickened up well.”

THIRD TIME LUCKY FOR HANNON’S “LEGEND” OH THIS IS US

Experienced campaigner Oh This Is Us won his first Group race at the age of eight when landing the Cazoo Diomed Stakes, four years after finishing third and two years after taking the runners up spot.

He made it third time lucky in the seven furlong contest when getting up close to home to overhaul 2-1 joint-favourite Century Dream by a nose. Returned at 18-1, Oh This Is Us has been a fantastic servant for connections, with 16 wins now to his name.

Successful trainer Richard Hannon said afterwards: “He is a legend. He is my favourite and has been for some time. He never fails to surprise me. He won at 66-1 at Ascot (in April’s Paradise Stakes) and he had never won a Group race before today.

“I was a bit worried about the ground but Steve (Knight) my head lad who has been riding him for the last six months said he was in great form. He has won for something like eight different jockeys and Tom has won seven or eight on him. He has won 16 races and he has just been a star in every way. I think that suited him as the more trouble there is in there the better he travels and the more he finds.

“The second horse (Century Dream) is a very good horse as he is half-brother to King Of Change who we trained. This fellow deserved that today and it might set him up as a stallion. You always worry horses like him will lose their way and when they do they will come back but you don’t know when.”

Hannon joked: “He is getting to that stage where he shows no signs of giving up and he drove the lorry here today and he will probably retire when he is 35! He is in the Royal Hunt Cup which is a handicap but we will find our way around the big meetings like today and we might have a little look abroad with him.”

Winning jockey Tom Marquand added: “He is incredible. Every time I win on him I say how much of a special horse he is. He was the first good horse I sat on back when I was claiming five (pounds).

“I won on him five or six weeks ago at Ascot when I first came back from Australia and I thought ‘that’s probably as good as it gets with him’.

He may have missed out on a ride in the Cazoo Derby on the eventual winner, but Oisin Murphy did not walk away empty handed.

The four year old Kingman filly put up a game front-running performance and never looked in danger of being overhauled, taking the honours at 4-1 by two and a quarter lengths.

The winner could now head to Newmarket for next month’s Group One Tattersalls Falmouth Stakes, with an outing to Royal Ascot possible in between.

Winning rider Murphy said: “She was an ultimate professional, I’m thrilled for her owner, Prince Abdullah bin Mutaib Al Saud. He’s in Saudi Arabia and he jumped in the Olympics in 2012, so he knows lots about horses and I’m thrilled he has a good racehorse.

“She’s a beautiful mover, daughter of Kingman and she was always going to be a Group winner one day. It’s just all coming together, she’s strengthening up and Archie’s horses are flying — a winner yesterday, a winner today, both at black-type level. He places them very well and the results are phenomenal.

“The ground is drying, it’s good to soft. It’s brilliant to be back here riding winners on Derby Day with a crowd.”

Speaking away from the track, winning trainer Archie Watson said: “She is a strong travelling filly and I always felt that she would handle the track. Both Oisin and I were keen to go forwards with her and let her get into a rhythm and it has worked out well.”

DASCOMBE’S LANDMARK WINNER IS ONE FOR THE PHOTO ALBUM

Solent Gateway set the tone for a a thrilling day of racing when springing a 28-1 shock in the opening race of the day to give trainer Tom Dascombe his first winner at Epsom Downs at the 43rd attempt.

Jockey Hayley Turner and her partner only hit the front in the final strides of the race and needed to hold off another strong and late challenger, King Frankel, to take the 1m 2f World Pool At The Tote Handicap by a nose in a thrilling photo finish.

The victory means Tom Dascombe has now had a winner at every UK Flat track. He said: “Epsom is the only Flat track I’d never had a winner at. I took a two year old there yesterday (Flaming Rib) and strongly expected that to win and it finished second and I just thought, ‘I’m never going to get a winner at Epsom!’

“Derek Passant who is a joint owner is a great fellow and I couldn’t be more than happy for him. He is there and I’m not and I feel a bit embarrassed, but I had already committed to go to another owner’s birthday in deepest, darkest Wales.

“To get a winner on Derby Day is pretty special and a huge thrill. I’m sure he will now go up a few pounds for that but we will make another plan at a later date.”

Despite a nervy wait for the result of the photo finish, winning jockey Hayley Turner insisted she had been confident. She said: “I thought I had won, then I asked Ben (Curtis, rider of King Frankel) and he said ‘I’m not sure, it was tight’, which put a bit of doubt in my mind.

“He is a bit inconsistent and I think he liked racing tight and the challenge in close to him and it got him motivated a little bit, so it probably did me a favour. A good result for the Dascombe team.” 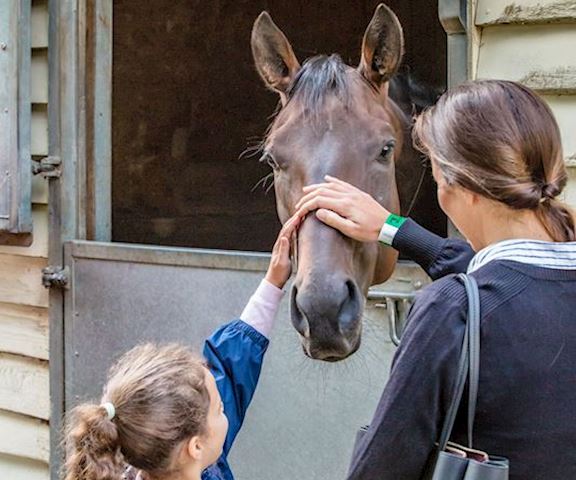