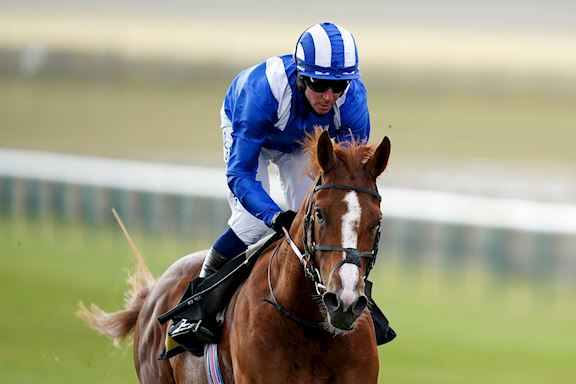 MOHAAFETH TO SIDESTEP THE CAZOO DERBY “AFTER LOTS OF SOUL SEARCHING”

Mohaafeth, who was vying for second favouritism in The Cazoo Derby, is now a non-runner in the premier Classic later this afternoon (4.30pm). This is due to the going, which remains Good to Soft after the first three races. The Shadwell-owned son of Frankel has won impressively on his two outings in 2021, most recently taking the Listed Betfair Newmarket Stakes on 1st May.

Trainer William Haggas said: “After lots of soul searching and discussion – and my God we’ve had some – we have decided to scratch and go to Ascot.

“It was a decision that essentially was left by Sheikh Isa to me and I have never felt that the horse is comfortable on soft dead ground. It’s not soft but it is dead and I don’t really want to run in a race that I don’t think I can win and I’m very grateful for the support.

“This is a young horse with a lot of potential and he’s got a lot more to offer and I think it’ll be a bump in the road running him today.