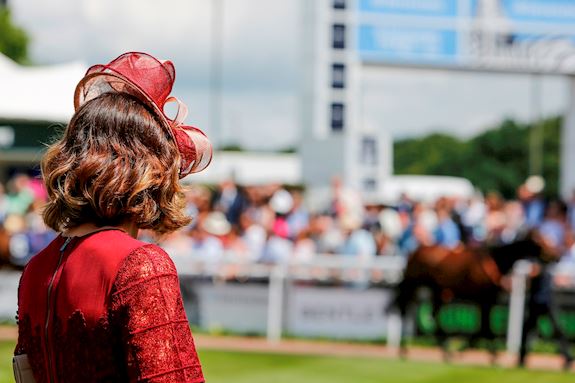 The stable of talent were photographed together to launch this year’s Derby which takes place on Friday 5 and Saturday 6 June. The world famous Derby is considered one of the greatest sporting and social events in the British calendar and is estimated to attract over 125,000 visitors.

Frankie Dettori commented; “The Investec Derby is the most prestigious event in the racing calendar and the ultimate test for horses and their riders. It took me 15 attempts to win a Derby and taking home the trophy in 2007 will always remain one of my career highlights. The race still stands as the greatest flat race in the world and the one every jockey wants to win.”

Laura Whitmore commented; “This will be my third year attending the Investec Derby and the fashion is just as much of a spectacle as the racing which is one of the reasons I love it. I really enjoyed the shoot, getting to experience it with such a great group of people was fun!”

Denise Lewis commented; “I love sport but not everyone knows of my love for horses, I even have shares in racehorses with Highclere. This will be my first time at the Investec Derby. Epsom is one of the few tracks I haven’t been to and I can’t wait to see the leading equine athletes taking on its unique challenge.”

Millie Mackintosh commented; “Racing is one of those rare opportunities to combine glamorous outfits with statement hats. I paired a Hobbs dress and Philip Treacy hat during the shoot which I loved. The Derby is the pinnacle of the summer season and I’m looking forward to enjoying a spectacular day out.”

Michel Roux commented; “This is the second consecutive year my father and I will have our restaurant, Chez Roux, at the Investec Derby and I am thoroughly looking forward to the event. A day at the Derby isn’t just about racing, it’s about food, wine, fashion and a great atmosphere. It’s an honour for Chez Roux to be involved in this event again and we look forward to cooking up a storm during the two day festival.” 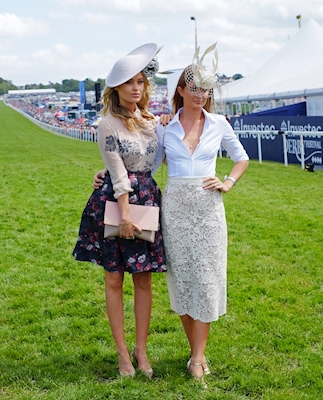