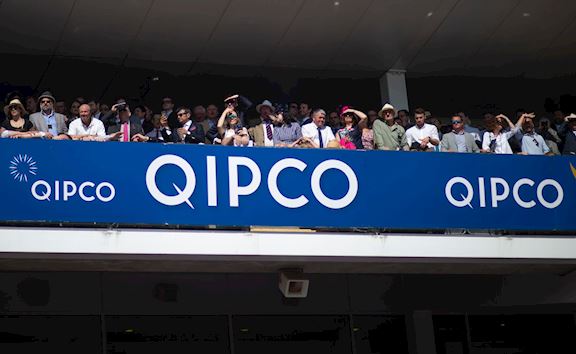 British Champions Series, Ascot, Newmarket and QIPCO today jointly announce a landmark commercial deal for the sport following the signing of new contracts which secure QIPCO’s partnership with all parties until 2024 and represent a multi-million pound investment in British Racing.

In 2011, QIPCO became title sponsors of British Champions Series which commences at the QIPCO Guineas Festival at Newmarket and culminates in QIPCO British Champions Day at Ascot, the richest raceday in Britain worth £4 million. Since its launch, prize money across the 35 premier race series has increased by 50% to £17.4 million in 2015.

Under the extended deal the value of both the QIPCO sponsored 1000 and 2000 Guineas at Newmarket will increase to £500,000 each from 2016 and the ambition is to develop QIPCO British Champions Day into a £5 million raceday by 2024.

Last year, QIPCO became Ascot’s first Official Partner and that relationship has been extended this year to run until 2024, cementing QIPCO as a long term partner of the Royal Racecourse.

The new deal gives QIPCO two elevated days at Royal Ascot (Tuesday and Friday), with enhanced branding benefits. QIPCO will also enjoy annual branding and marketing rights, with a particular emphasis on the King George Weekend, where they sponsor the King George VI & Queen Elizabeth Stakes whose value increased this year to £1.15million.

Both deals are indicative of QIPCO’s continued commitment to British Racing which accompanies their growing racing and breeding interests, as highlighted by a Deloitte report published today. The report draws together the wide range of investment in British Racing by QIPCO and its related entities, from a grassroots level up and demonstrates the benefits of QIPCO basing their racing operation in Britain, including £10m of capital investment and supporting over 90 stud and stable staff jobs across the country.

Sheikh Hamad Bin Abdullah Al Thani, Chief Executive of QIPCO, said: “As a private, family run investment company, we are privileged to have built an association with world renowned events such as Royal Ascot and British Champions Series, the very best of British racing. Our sponsorship of the sport has benefited our bloodstock operation and increased the company’s international profile. We are proud to support British racing and its wonderful heritage.”

Sheikh Fahad Bin Abdullah Al Thani, Chairman of Qatar Racing, a subsidiary of QIPCO, added: “My brothers and I share a passion for thoroughbred racing, and British racing in particular. Nowhere else can match the quality and heritage of racing in Britain, which is why we chose to base our racing and breeding operations here.

“It is in our interests to promote the quality of British racing as the value of the horses we race and the stallions we stand is enhanced if they are competing in the country with the best racing in the world.”

Guy Henderson, Chief Executive at Ascot, said: “We are very pleased that QIPCO wish to extend their relationship with us as one of our partners.  QIPCO is a significant supporter of British Racing and we extend our thanks for its long term commitment to Ascot.  We look forward to working with QIPCO as we seek to develop our venue and racing. We were delighted last week to announce an increase in the value of the King George VI & Queen Elizabeth Stakes (sponsored by QIPCO) to £1.15 million and have some exciting plans around King George Weekend in 2015."