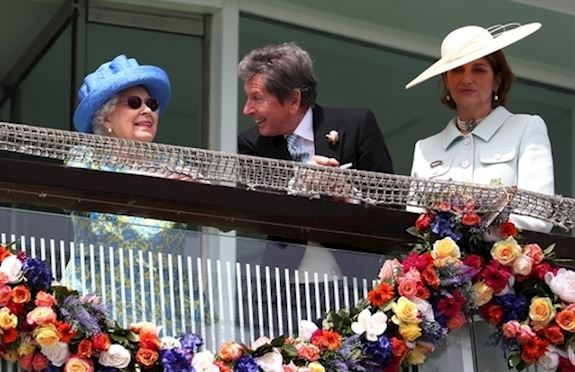 PLEASING ATTENDANCES AT THE INVESTEC DERBY FESTIVAL
Investec Derby Day saw the number of ticketed racegoers come to around 36,000, in line with the sold-out 2018 Investec Derby Day.
The Queen's Stand, Lonsdale, and Upper Tattenham Enclosures were all sold out again today.
Tens of thousands more watched the 240th Investec Derby, the premier Classic and Britain's richest race, from The Hill, enjoying a splendid sunny afternoon.
Yesterday's Investec Ladies' Day had an excellent attendance of just over 28,000.
This was about 2,000 more than in 2018, with The Queen's Stand once again sold out.
The sun broke through in mid-afternoon to put the final touches to an excellent afternoon of racing featuring the fillies' Classic, the Investec Oaks, and the G1 Investec Coronation Cup.
COOPER DELIGHTED WITH INVESTEC DERBY FESTIVAL
Epsom Downs Racecourse Clerk Of The Course Andrew Cooper reflected on an excellent two days of action at the Investec Derby Festival.
The feature race of the meeting, the £1.625 million G1 Investec Derby served up a thrilling finish as Anthony Van Dyck provided trainer Aidan O'Brien with a seventh victory in Britain's premier Classic and richest race. The master of Ballydoyle is now the joint winning-most trainer in the race's 240 year history, whilst 46-year-old Seamie Heffernan, having his 12th ride in the event, was winning the Investec Derby for the first time.
Cooper said: "The Derby was an excellent contest with a thrilling finish. It has been a fabulous day.
"Clerks of the Course sometimes worry about track records as they think the ground must be very quick. I just think we had an ideal combination to break track records today. The ground was not rattling, but it was dry, good ground which horses could let themselves down on.
"Over these two days, we see the best horses that will run in Epsom all year in high-quality races and so track records will come under threat.
"We had a track record in the Diomed Stakes and also in the last, the Investec Asset Management Handicap (For The Tokyo Trophy) by a second and we nearly had one in the 'Dash'.
"From a track perspective there has to be huge congratulations to Craig Williamson and Chris Youngs - Regional Estates Manager and Deputy Estates Manager Respectively. Whatever the ground is like is down to them and their hard work.
"It's been a very enjoyable couple of days and there was a positive, happy atmosphere during both days and also after racing. The weather has been absolutely fabulous today and we got up to around 25 degrees today with a little bit of breeze which helped.
"It was my 24th year here and this place gets a real grip on you, as does the Derby. I hope and think I'm better at the job than I was 24 years ago. You never stop learning and last night was as much as we have ever watered when we put three millimetres down.
"Every year is different in terms of the ground and the build-up to the race. As a team I think we felt we had the track in a good place coming into the season. We've had a good Investec Spring Meeting and a good Investec Derby Festival in terms of the ground.

"We've set chafer grub traps this year. They were an attempt for us to monitor volume and location. We are actually spraying for them this coming week. Today you've had the beetle emerge and lay it eggs, so this is the time strike. I thought we would be swarming with them today. I think we learnt from the treatment we did last year and we are more on top of it. Those traps were there to obviously prevent that."