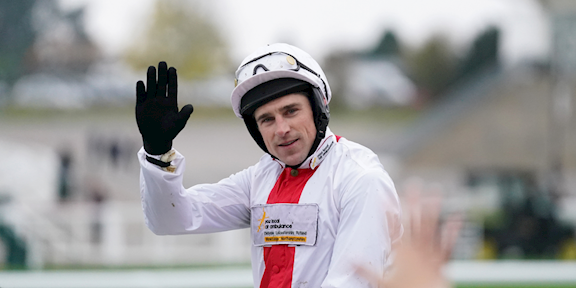 Jockey Harry Skelton believes Lac De Constance can go on to bigger and better things after he maintained his unbeaten record over jumps when taking a step up in class in his stride in the Virgin Bet Novices’ Hurdle (2m ½f) at Exeter today.

After teaming up with his brother, trainer Dan Skelton, to claim this race 12 months ago with Wilde About Oscar, the pair combined to good effect again to collect the Listed prize with the lightly-raced Martaline gelding.

Sent off the 11-8 second favourite to follow up his debut win over hurdles at the track in December, the Andrew Cohen-owned six year old moved to the head of affairs jumping the third last at which 1-2 favourite Peking Rose blundered away his chances.

Staying on in tenacious fashion, Lac De Constance, who holds a Cheltenham entry in the Grade One Ballymore Novices’ Hurdle at The Festival™, found plenty late on in testing conditions to defeat the rallying Peking Rose by two and three-quarter lengths.

Harry Skelton said: “We were keen always to come back here as he is a big, strapping horse. We wanted a big track on slow ground and that is what we got today.

“I don’t think I would have come off the bridle had Paddy’s (Brennan) not made the mistake three out as I was cantering away.

“I jumped by as Paddy’s made a bad mistake but he stuck his head down and galloped away.

“He is a good horse. We will have to look after him. Today was perfect on soft ground on a slow track. Hopefully, he could be quite good.”

Equally pleased with the display was assistant trainer Tom Messenger, who insisted that the race had been on the agenda for a while.

Messenger added: “After he won last time Harry said to come back here for the Listed race we won last year with Wilde About Oscar as the track suits him.

“As you can see he is a big horse and he will take plenty of time to grow into that frame but he is doing everything the right way.

“If you see the size of him last year, when we ran him in bumpers, he was just too weak. He came here for his first run of the season with the idea to drop him in and see if he could run as well as he could do.

“He won’t be over-raced this year. Whether he has one or two more runs I don’t know but he won’t be going anywhere it is too sharp.

“He is a big horse and he won’t go anywhere that will see him get rushed off his feet and undermine the hard work we have put in so far.

“It will be a case of managing expectations until we go chasing really. We will just take it steady and won’t over face him. We want to give him every chance of fulfilling what is quite a lot of potential.”

Driving rain and low lying mist may have prevented owner Sax Purdie from being able to see much of the opening Virgin Bet Novices’ Chase, however he was all smiles after The Widow Maker collected the 2m 3f contest to make a winning debut over fences.

Making all under Brendan Powell, the Colin Tizzard-trained 9-2 chance, who is named after a rodeo bull, never saw another rival to eventually pass the post four and three quarter lengths clear of Coconut Splash.

Purdie said: “I enjoyed that, though I couldn’t see a lot late on with my rain covered glasses and the mist that came down. It was a nice run and he was settled in front. He does like being out in front.

“I got sent a nice video of him schooling on Wednesday and we were hopeful he would go well.

“The whole family have been staying chasers so hopefully he will make up into another.”

Bailey said: “The owner who bred this won this race when it was a maiden hurdle 12 years ago with a horse called Real Treasure who was their first-ever winner.!

On today’s 16-1 winner he said: “We ran two horses in the race and I thought if they finished mid-division they would have run well but they have both come here and loved the ground. I’m really chuffed as they live locally and bred him so what more could you want.

“He won really impressively and David (Bass) couldn’t pull him up. I stood next to Jeremy Scott and I said I can’t see my sheepskin nose bands where are they and he said one is in front. He wants to come back here again as a big galloping course is what he wants.” 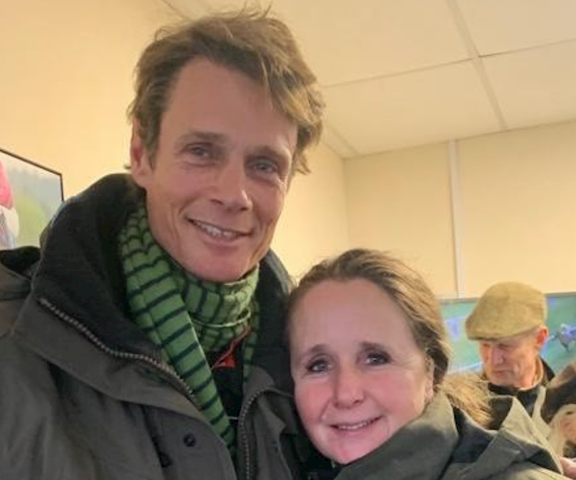