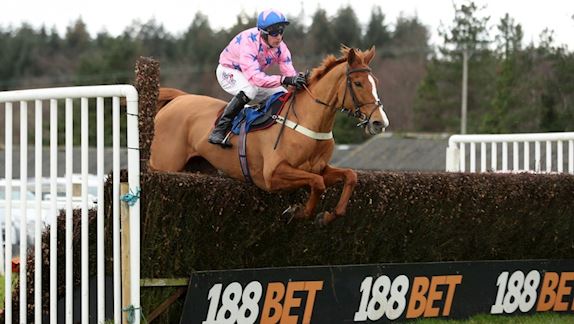 With The Festival™ presented by Magners at Cheltenham less than a week away, Exeter Racecourse’s seven race card will whet the appetite ahead of jump racing’s greatest spectacle.

It’s a cracking card with some highly regarded horses in action particularly in the two divisions of the novices’ hurdle run over two miles seven furlongs. In the first division the Evan Williams-trained Secret Reprieve won on his hurdles debut at Chepstow and is considered good enough to warrant an entry in the Albert Bartlett at the Festival; Walk In The Mills is a highly rated chaser who’s back over hurdles; Buster Edwards, who was beaten a head behind the decent Mister Fisher on his only start over hurdles, returns after a long lay off; Unwin VC has won two bumpers, and might do better than his latest run at Chepstow where he was ninth and Truckers Lodge was well beaten in a Grade Two at Doncaster last time out but he’d won twice before that and can get back among the winners again.

His trainer Paul Nicholls also saddles Danny Whizzbang in the second division. He made a winning start over hurdles at Hereford in November having been bought for £115,000 at Punchestown in April following his maiden point-to-point win. Those he’ll be against include Present Value who was an impressive winner at Chepstow in December.

Racing begins with a  conditional jockeys’ handicap hurdle where the unexposed Smarty Wild, trained by Philip Hobbs, goes handicapping for the first time and he’s likely to improve on his recent form.

In the GG Fast Results handicap Hurdle Jonjo O’Neill saddles March Is On who was just beaten at Warwick in December having been hampered two out. Rex Dingle is on the Robert Walford-trained Bact To Black who just held on to win at Lingfield in January and Some Can Dance headed up to Carlisle in February where he won a three mile one furlong handicap hurdle although an 8lb rise will make things tougher.

The Ogle Gogle Man has a couple of wins under his girth and can add to them in the Weatherbys Hamilton Chase where he’ll face Spring Wolf, another bidding for a hat trick over fences, and Garrane who disappointed last time out but can be forgiven that run with Jeremy Scott’s team in good order.

The GG Tips Handicap Chase is a great race with 18 runners and plenty of those are in with a shout. Racecourse director Polly Gundry saddles Big Time Frank who has finished second on his last five starts and deserves a win; Venetia Williams relies on Call Carlo, third last time out at Huntingdon after a long lay off, while Pine Warbler is another leading contender on the back of his second to The Ogle Gogle Man at Uttoxeter in December.

In the gg.co.uk Handicap Chase, Parlour Maid is seeking a hat trick and is greatly respected on her previous form, while course winner Kavanaghs Corner is consistent, and he’ll enjoy the ground.