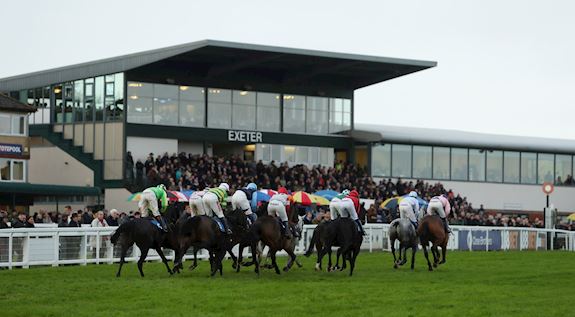 Nicholls on cusp of 3000 British-trained winners

Paul Nicholls is on the cusp of saddling his 3000th British jump racing winner at Exeter today. The champion trainer elect took his tally to 2999 at Wincanton on Sunday where he saddled a treble and is now just one away from the milestone.

In the opening novices’ hurdle on the racecourse’s Superhero Family Fun Day, Nicholls relies on Irish point-to-point winner Blackjack Kentucky who was third last month at Chepstow where he was beaten just two and a quarter of a length.

The biggest threat to success is likely to come from the David Mawell owned and ridden Dolphin Square who made all to win a maiden hurdle at the course last month.

Dan and Harry Skelton look likely to strike again in the two miles two furlongs handicap hurdle with Renwick. The six-year-old just held on at Warwick two weeks ago to win a two mile four handicap hurdle by a short head, but was put up 5lbs for that effort. Others to consider are the Nicky Henderson-trained Malachite, third last time out at Newbury, and course and distance winner Master Work who crept up the handicap again following his second at Newbury last time out.

Nicholls second chance at hitting 3000 winners comes with Nineohtwooneoh in the two miles one furling maiden hurdle where strong opposition is likely to come from the Philip Hobbs-trained Melekhov who ran a good race at Taunton last month to finish second in a similar race.

The Devon Stayers Handicap Chase is run over the marathon trip of three miles six furlongs, and there are plenty in with a shout including the Nick Williams-trained One Of Us who has been second on his last two starts, most recently at Wincanton where a stumble two fences from home didn’t help his chances.

Warren Greatrex saddles Sandhurst Lad, like One Of Us a beaten favourite on his last start. A step up in trip may help.

Robert Stephens will be hoping Tudors Treasure adds to his recent course success in the two miles three furlongs handicap chase. The eight-year-old stayed on well to beat the favourite Ericas Lad by a length and a quarter and there might be more to come despite a five pounds rise in the handicap. Of the others Rule The Ocean ran a good race in defeat at Hereford three weeks ago and Kilinakin has won off today’s mark.

Theatre Territory will be odds on to win the Totnes and Bridgetown Races Company Ltd Novices’ Hunters Chase where TV pundit and sometime racecourse announcer Luke Harvey runs Drumlyn who was second at Leicester in February where he was beaten a nose.

A point to point bumper concludes the card with Whenhellbrokeloose likely to start a warm favourite having made a winning debut at Bangor on Dee.

A free behind the scenes tour starts at 12.30pm – meet outside the weighing room.