New clerk of the course for Exeter Racecourse 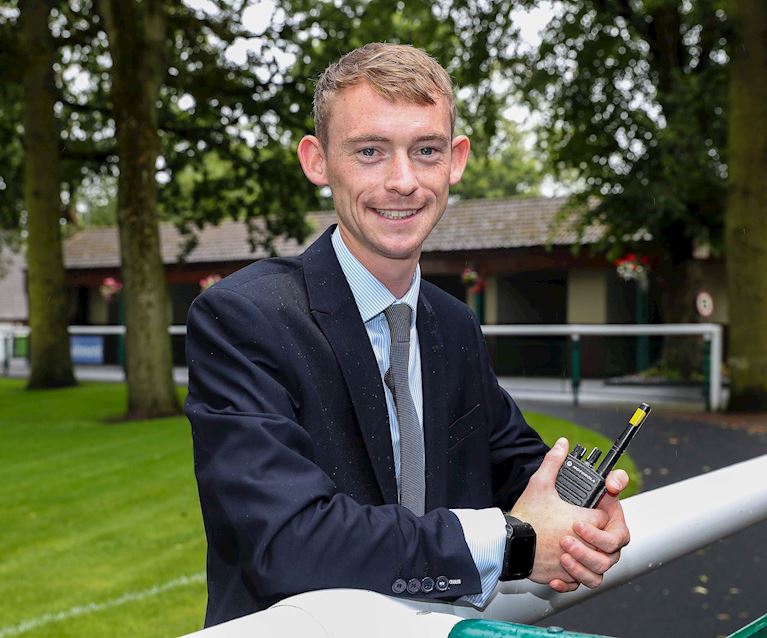 August 13, 2019 - Daniel Cooper has been appointed as the new Clerk of the Course at Exeter and Wincanton Racecourses, Jockey Club Racecourses (JCR) announced today.

Daniel is currently JCR Clerk of the Course, meaning that he has clerked around the 15-strong racecourse group at several of the UK’s leading racecourses. He will take up his new position within JCR in September.

Daniel joined the group in 2014 after completing the British Horseracing Authority’s Graduate Development Programme and subsequently gained his experience working at 128 racedays at 33 different racecourses in the UK and France.

He became a fully accredited clerk having first been appointed as JCR’s Trainee Clerk of the Course in 2017. Prior to that worked as an event manager for JCR’s London Region - incorporating Epsom Downs, Sandown Park and Kempton Park - including three Investec Derby Festivals. He has also helped to deliver a range of Jockey Club Racecourses projects including fleet management, equine welfare and group health and safety.

At Exeter and Wincanton Racecourses, Daniel will be responsible for turf husbandry, liaison with owners and trainers and for all other duties associated with the Clerk of the Course role in the lead up to and during racedays.

Speaking of the appointment Daniel said: “I am delighted to have been appointed to Exeter and Wincanton Racecourses, and having been brought up at a jumps yard in Shropshire, I’m really look forward to the return of the jump racing season in the South West. Both courses stage top quality races, which will be highlights, and it is exciting to work alongside a passionate and committed team. I look forward to meeting the owners, trainers, jockeys and officials who support Exeter and Wincanton.”

Simon Claisse, Regional Head of Racing South West and Clerk of the Course at Cheltenham, said: “With a jumping pedigree, five years of operational experience and having clerked at Haydock, Sandown Park, Huntingdon, Kempton, Warwick, Market Rasen and Epsom, Daniel brings a host of experience to Exeter and Wincanton. We look forward to welcoming him to our South West Region and the start of our new season which kicks off at Exeter on October 10.”

Wincanton’s General Manager, Huw Williams, said: “It’s an exciting opportunity, not only for Daniel, but also for Wincanton to have an enthusiastic clerk who will bring a lot of new vision to the racecourse.”

Exeter’s General Manager, Jack Parkinson, added: “Daniel will be a fantastic addition to the team and we’re very much looking forward to having him on board.”