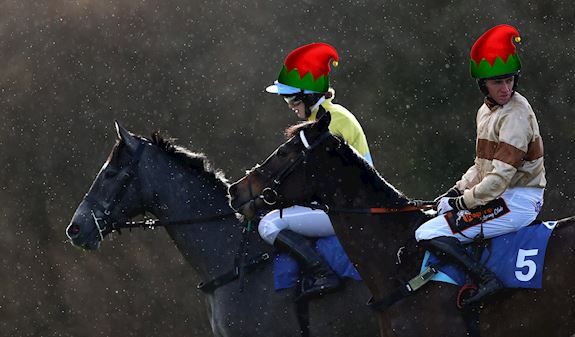 Exeter Racecourse is encouraging racegoers to unleash their inner elf for a great cause at its raceday next Friday (December 6).

Elf Day is a festive-themed fundraiser for Alzheimer's Society, a charity supported by Jockey Club Racecourses, which encourages participants to get into the Christmas spirit and dress up as elves for the day.

This year’s festive event coincides with the raceday so anyone coming to the races dressed as an elf could win on the spot prizes, such as a pair of tickets to come racing, a bottle of prosecco or a case of Tribute Ale.

You can dress as little or as much as you like, from going the whole hog and wearing a green suit, pointy ears and big hat, or keeping it simple and wearing a Christmas jumper.

The Alzheimer's Society is a care and research charity for people suffering from dementia and their carers.

The charity raises money to support those suffering with dementia and their families affected by working to improve their quality of life.

It also raises money to find new treatments and research into curing the disease.

General manager Jack Parkinson said: “It’s a great opportunity for us to support the day and we hope people do dress up. There’s an elf costume here in our office, and I have a feeling it might be me wearing it for the day!”

With the winter jumps season in full swing, Elf Day at Exeter will be the perfect opportunity to coin the elves most famous phrase “the best way to spread Christmas cheer is to sing loud for all to hear” as competitive racing will be the order of the day on what is normally a busy race day with loud cheering from the stands a formality.