Our team is responsible for conducting and developing all activities at Warwick Racecourse.

Work extends beyond horseracing where our mission is to act for the long-term good of British racing in everything we do and includes events from conferences, to exhibitions and celebrations. All of this is done in line with our core values of being best for racing, best for the future, best experience, best people and best heritage.

Andre was born into a racing mad family and caught the bug young. The first of his many favourite horses was Andy Pandy, and he still clearly remembers the heartbreak he experienced when the horse fell at Bechers Brook when leading the 1977 Grand National. He was five at the time. At the age of 15, he informed his career adviser at school that he wanted to run a racecourse in New Zealand. After finishing university in Edinburgh, tasting racing administration with some holiday jobs in Baden Baden and working a short stint as a relief property manager for the National Trust he won some funds on a nice Master Oats (Gold Cup) – Alderbrook (Champion Hurdle) double and decided to head off to Australia where he worked for the South Australian Jockey Club for four years in various roles. He then moved to the South Island of New Zealand where the trout fishing, skiing and rugby was far better and ended up managing a consortium of 14 race tracks as well as jumps racing across the full length of the Land of the Long White Cloud. Every year he was away he made the trip back home for the Cheltenham Festival then in November 2015, decided it was time to come home permanently and successfully applied for the General Manager’s role at Warwick. On returning to England, Andre took on the role as General Manager at Warwick Racecourse.

Thomas is Warwick born and raised and a previous pupil assistant trainer to Violet & Frank Jordan before moving into racecourse administration after graduating from Loughborough University with a degree in International Business. Thomas is a keen sportsman outside of work and has ridden in numerous charity races. He started as the Operations Executive here at Warwick Racecourse and he has now moved into an assistant management role. He has a huge passion for horse racing and the job became available shortly after Thomas graduated, so seemed the most logical next step and he hasn't looked back since! Well, maybe a few times when he wishes he was four stone lighter to race ride on the flat! Fun Fact – Thomas has ridden in charity races at the Cheltenham & Punchestown Festivals.

Ollie is the most recent addition to the Warwick Racecourse family having joined us in December as our new Operations & Events Executive. Although this is his job in racing, Ollie brings with him a wealth of experience organising successful events and maintaining award winning facilities at a variety of venues.

Growing up in South West Worcestershire, Ollie has been attending race meetings with family and friends from a young age and he is excited to have the opportunity to forge a career in an industry he is hugely passionate about.

Outside of racing Ollie enjoys any kind of sport particularly golf and cricket. Playing the latter for his local village team Elmley Castle. He also enjoys time spent down his allotment growing his own fruit & veg as well as brewing (and drinking) his own cider and plum wine.

Alastair started in December 2019 coming from Weatherbys where he used to produce racecards for racecourses around the country. Alastair is a local lad from Balsall Common and is a huge racing fan. He’s followed the sport from a very young age from watching the races with his Grandad and has been a fan ever since. He’s a keen equestrian and competes in Show Jumping up to Foxhunter level on his Dutch Warmblood Utah XI. His other hobbies include Rugby, Cricket and Tennis which he plays at his local Balsall & Berkswell clubs. He graduated from Hartpury University, studying BA(Hons) Equine Business Management, with the hope of working in the Horse Racing Industry, so his career is currently going to plan. Fun Fact – He once raced at Warwick in a pony race on his Chestnut Mare Minnie, going off favourite but finished tailed off!

Anna- Lisa Has been involved in racing for 16 years. Roughly 10 brilliant seasons at a local trainer Robin Dickin, this is where she learnt so much and it really ignited her love of racing. She then spent 5 years at Cheltenham as a full time receptionist (memories of a Cheltenham Racecourse receptionist to be written) and in August 2021 moved over to Warwick racecourse. Anna- Lisa enjoys looking after her allotment and holidaying in her caravan!!

CLERK OF THE COURSE 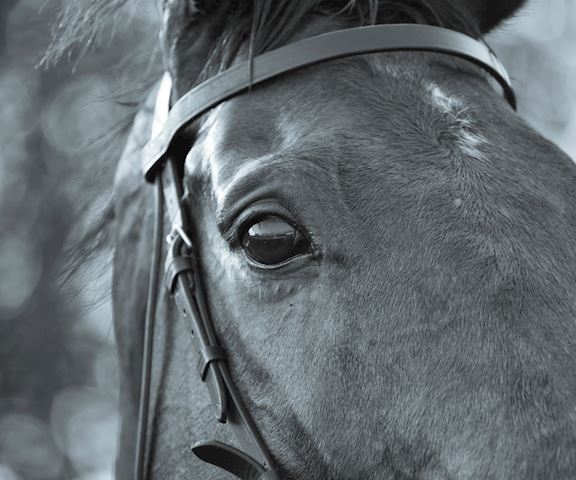