All three members, Richard Samuda, Steven Smith and Amanda Langdale have reached the end of their ten-year racecourse committee position.

Amanda Langdale joined the Warwick Racecourse Committee in 2009 alongside training to become an Honorary Steward with the BHA. As well as being on the panel at Wolverhampton, Stratford, Ludlow and Towcester racecourses, Amanda has been involved with various racehorses in the past and ongoing - including a small breeding syndicate raising four Kayf Tara foals, two of which are still in training.

Throughout the duration of his position on the committee, Richard Samuda has acted as Chairman of a Midlands based property investment and development company based in Birmingham.

Steven Smith set up Hunscote Stud, based near Warwick in 2012. The Stud boasts 17 brood mares and a 40% share in the stallion, Cityscape. 2018 was a breakthrough year with home bred Dan’s Dream (Cityscape x Royal Ffanci) winning the Group 3 Fred Darling stakes at Newbury.

“To be a perfect committee member on a small racecourse, you have to be passionate, hard-working and committed. A love for horse racing, and dare I say it, people are also valuable characteristics!

In Amanda, Richard and Steven, Warwick is losing three ideal committee members in one hit and there is no question their departure leaves us with huge gap to fill. Warwick has developed a reputation for being one of the most hospitable and friendly racecourses in the country.

This reputation has been established, in no small part, through the warmth, kind and generous enthusiasm of our committee members, who truly work hard on race days to ensure our visiting owners and trainers have an enjoyable experience.” said General Manager, Andre Klein.

On Celebration Race Night to show how grateful the team at Warwick Racecourse were for their dedicated service and guidance, all three members were presented with floral arrangements, a Warwick Racecourse tankard and a copy of the Chandlers Leap written by Simon Pitt. 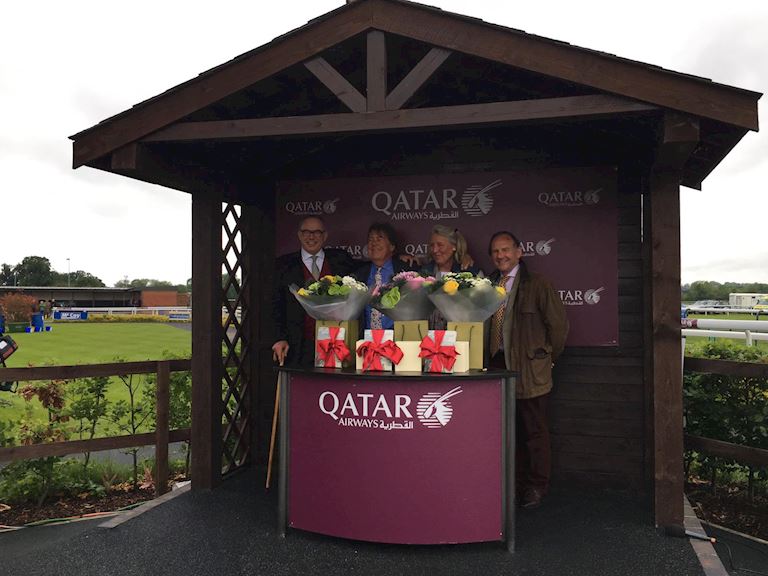