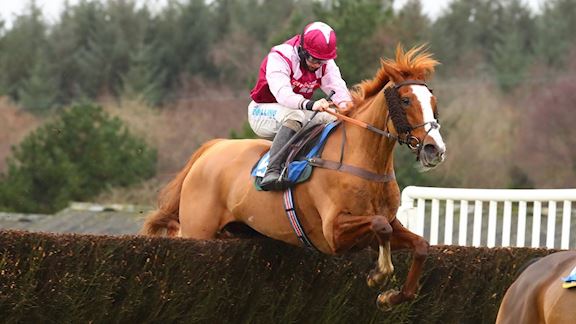 Harry Fry hopes Momella can continue her recent return to form by securing the most significant success of her career in the rescheduled Pertemps Lady Protectress Mares’ Chase at Warwick tomorrow (Wednesday 3rd February).

The nine year old mare arrives in the Listed contest, which should have been run at Huntingdon’s abandoned card on Friday, chasing a hat-trick of victories having followed up her first success over fences at Exeter with a victory under a penalty at Wincanton on Boxing Day.

With conditions and the two and a half mile trip both set to suither, the Higher Crockermoor trainer is optimistic Momella can extend her winning run and taste Listed glory for the first time.

Fry said: “We dropped her back in trip at Exeter but it was on a stiff track on slow ground. She followed up quite quickly under a penalty on Boxing Day at Wincanton on testing conditions.

“The ground will hold no fear for her and hopefully the track at Warwick will be fine for her. She has a bit to find on ratings but she gets some weight from a few of the principles.

“She goes there in great order and hopefully she will run a good race. She was brought down at Huntingdon on her second start, but her first run of the season has worked out well as she was trying to give weight away to a good horse of Philip Hobbs.”

Although Momella arrives in the form of her life, Fry claims it has taken a long time to get her confidence levels back to where they are.

He added: “Things have clicked for her this season and hopefully she can continue in that vein of form. She was running a very good race on debut for us in the Long Distance Hurdle when she tripped and stumbled on the back of the second last.

“That really knocked her confidence and took her a year to really get it back. This isn’t a novice but she has had a good few runs under her belt over fences and deserves to take her chance.”

Meanwhile Annie Mc opened her account for the season with victory at the same level last time out at Doncaster and trainer Jonjo O’Neill is confident of another big run from the seven year old.

He said: “She is a grand mare and has been a real superstar for us, the owners and everybody involved with her. She is in great form. I thought this season it would be tough going for her but she pulled one out of the bag at Doncaster.

“I think that soft ground definitely helped her there as she stayed better than everybody else on that occasion. I was delighted with the performance. It should be as soft at Warwick as when you are up in this sort of class you need everything right for you really.

“Her first two races she was just run out of them against open company which is always harder for mares, but as you know they have good days and bad days. She likes her work and is always up for going on the gallops. She is a straightforward sound mare.”

One person who will be keeping a close eye on the race away from the track is Annie Mc’s biggest fan - reality television star Chris Hughes, who made his name on the 2017 edition of hit ITV2 show Love Island.

O’Neill added: “She really is Chris Hughes’ pal and when he comes in he always goes to see her. He has ridden her out before but not for a while as he has been busy, but when he does get on board her he is a capable rider.”

The field is completed by 2019 winner of the race Happy Diva from the yard of Kerry Lee, the Nigel Twiston-Davies-trained Zambella and Destinee Royale, who will represent Venetia Williams. 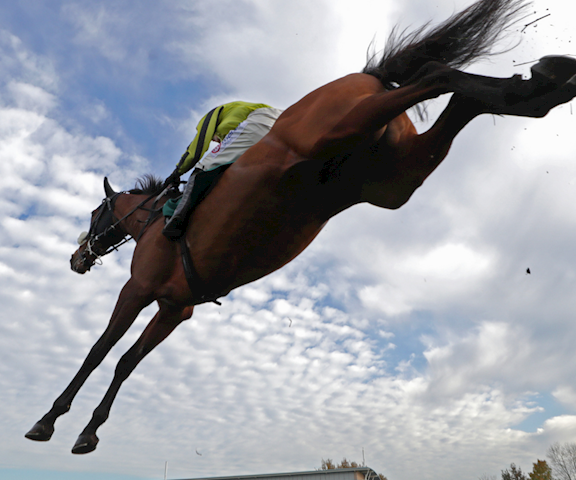 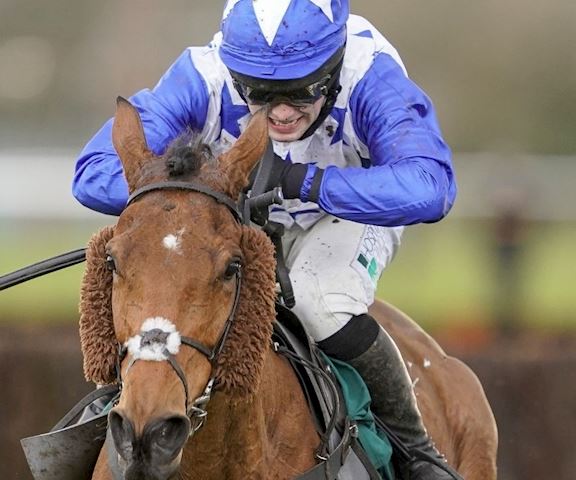