Threeunderthrufive looks set to take his chance in The Brown Advisory Novices’ Chase at Cheltenham on the Wednesday of the Festival, in a bid to scoop the £25,000 Wigley Warwick Bonus.

Paul Nicholls welcomed the Wigley Group team on Thursday morning and was full of praise for his son of Shantou.

“He got beat at Chepstow first time but he has now won his last four. He just needed the first run at Chepstow and he jumped a bit ‘novicey’. He has won at Exeter, Cheltenham, Doncaster and Warwick and we have placed him nicely to win those races.”

“He is going to run in the Brown Advisory alongside Bravemansgame at the request of the owners (McNeill Family) as they are quite keen for Adrian (Heskin) to stay on him. He is in the Ultima on the first day, but the owners have another horse in that, and is still in the National Hunt Chase and if I had a free hand I would have a look at that.”

“Whatever race he runs in, he is tough and genuine and probably a little bit under the radar. It would be no surprise if he won a big race. He stays and he jumps and that is what you need. Even later on this season if there was time we could find a nice staying race for him. He will be a nice horse next season to run in all those staying races, like the Welsh National. He has kept on winning and he kept on winning last season. You would just never know with him as he is one of those that is never flashy and you never know how good he might be.”

“If he ran a really good race in the Brown Advisory I wouldn’t be surprised at all. He is a proper horse. On all known form and ratings you can’t see that (beating Bravemansgame) but you never know in races and he keeps on winning the races he is in. If the ground turned testing it would bring out the best of him. He stays forever. That is what he does - he stays and jumps quite nicely. He has done nothing wrong at all.” 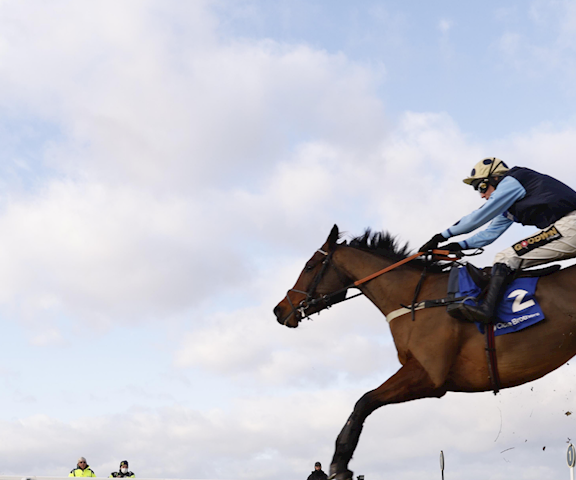