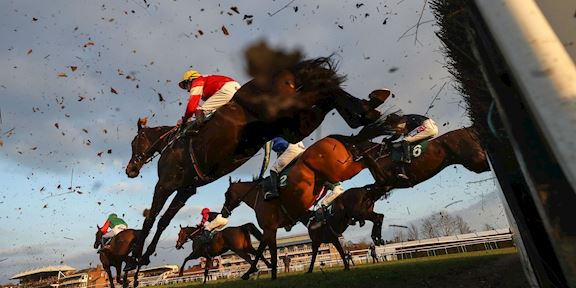 Ready for the New Season!

Warwick Racecourse is gearing up for the start of the new season on and has seen a range of improvements over the summer in preparation.

The 18 fixture season at Warwick will get underway on Tuesday, September 25, running until May.

The Smarkets Racing UK Grand Season Opener will feature six races for punters to enjoy as racing returns to the town, with the first underway at 2.20pm and the last at 5:10pm.

Enhancements at the course have included newly-built fences and a successful draining project on the back straight – as the racecourse strives to be one of the top small jumps tracks in the country.

A healthy crowd is expected for what will be the first post-summer jump racing fixture for the South-West Jockey Club Racecourses.

His brother Harry Skelton will be looking to secure top jockey honours for back-to-back seasons, after topping the table in 2017/18.

Warwick Racecourse has seen high demand for memberships ahead of the new season, with those for the Coronation Club completely sold out.

Andre Klein, General Manager at Warwick Racecourse, said: “It’s a very exciting time here at the racecourse with the season just around the corner.

“The grounds team have worked tirelessly to get the course ready for the upcoming season and it is in fantastic condition.

“With the course improvements over the summer, I can only see us going from strength-to-strength this season.

“Last season was a real success for us, with plenty of highlights and I’m sure there will be more memorable moments over the next nine months.

“We are all looking forward to The Smarkets Racing UK Grand Season Opener and welcoming racing fans to start what is set to be another thrilling season at Warwick Racecourse.”

Attention will then turn to the Autumn Meeting on Thursday, October 4, which will present another opportunity to enjoy six more races.

New for the 2018-19 season is the Raceday Essentials Package, which includes a food and drink voucher, racecard and betting voucher for £32.50.

Season Memberships are still available online and start from £150, with several tiers available.

For Membership and advanced tickets, which start from £10, go to warwickracecourse.co.uk