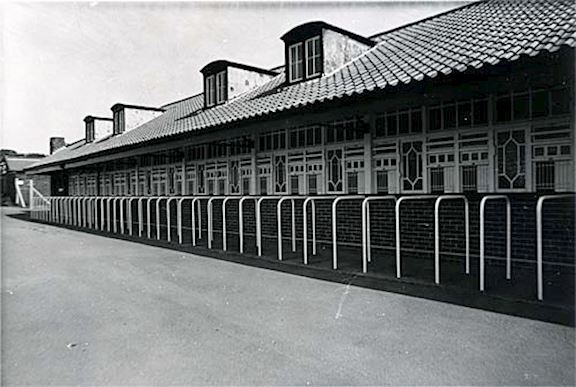 A new book chartering the development of Warwick Racecourse and the nearby town has shed light on the track’s place in racing history.

‘Chandlers Leap and other stories from Warwick Racecourse’ is the fifth book from renowned racing historian Chris Pitt and reveals a plethora of little known facts about the racecourse and Warwick.

Among the revelations, it highlights that Warwick saw the oldest ever horse to win a race with 23-year-old Carlow in 1848 and how in 1973 Victor Morley Lawson became the oldest jockey to achieve his first winner at the age of 67 – beating a young 22-year-old Nicky Henderson.

It also tells the story of Chandler, the horse from which the book takes its name, and his world record 37 feet jump when clearing a fence.

The book goes on to recognise the racecourse’s role in the rebirth of Warwick, following the great fire in 1694. Racing began in the town 13 years later, with the goal of attracting a new class of person to live there.

Chris said: “It took about a year to research. I wanted to make it a book that would appeal to not only racing fans, but those who wanted to know more about the general history of Warwick.

“A lot of great things went on here at Warwick and there are some fascinating stories which the book delves in to.

“It’s easy to read and you can dip in and out. This racecourse is a really good story and the photos bring that story to life.

“It talks about how racing first came to the town, the trials and tribulations of people involved and then all the other things that went on at Warwick, from bare knuckle prize fighting to model airplane championships.

“We’ve had a good reaction so far, everyone is happy with it and it’s been very positive.”

The book includes a foreword from 20-time Champion Jockey Sir Anthony McCoy, in which he recognises breaking the record for most winners of the season in a race at Warwick as the finest achievement of his career.

Ambassador and trainer Dan Skelton, who has been Lead Trainer at the racecourse for three successive years, praises the track’s proud history and bright future in his foreword. Andre Klein, General Manager at Warwick Racecourse, said:

“We first thought about putting this book together back in 2015 and after I met with Chris I knew he was the perfect man for the job.

“He has crafted it fantastically and there are fascinating stories throughout, and that’s not limited to the action on track.

“We’re confident that whoever picks up this book will learn something new about the racecourse and its place in the history of Warwick.”

Chandlers Leap and other stories from Warwick Racecourse is available from contacting the racecourse and is priced at £16.50 plus £2.50 P&P.

For more information or to purchase your copy of the handlers Leap and other stories from Warwick Racecourse or call 01926 505 560.