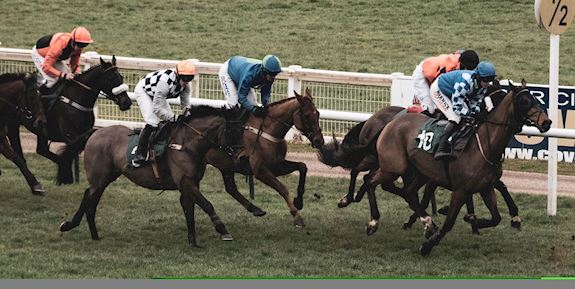 The Class 3 Use The racingtv.com Tracker Novices' Chase tops the seven-race card that gets underway at 12.40pm but, before then, Baroness Grey-Thompson will be speaking to racegoers in the Paddock Pavilion as part of the Sporting Icon Brunch.

The feature chase, won last year by the high-class Kalashnikov, could be a real cracker with both champion trainer Paul Nicholls and Olly Murphy having two entries. Highest rated of the Nicholls pair is Grand Sancy, a winner of four hurdles, but a faller at Kempton Park on his last appearance.

Murphy could saddle the exciting Thomas Darby, last seen when chasing home Klassical Dream at the Cheltenham Festival. Whilst the winner is a leading fancy for the Champion Hurdle next March, Murphy is looking to the bigger obstacles for Thomas Darby this season.

Ballymoy made mistakes when beaten by Nube Negra over the course last month, but the winner posted an easy success at Fakenham last week to frank the form and there could be improvement to come from the Nigel Twiston-Davies contender.

Dan Skelton has entered easy Stratford winner Maire Banrigh, part-owned by John Hales, and this lightly-raced mare, who cost £320,000, could build on that impressive victory when she made light of her burden of 12-6.

Allmankind, a winner of a one and a quarter mile all weather contest at Chelmsford when trained by Michael Bell, could make a successful debut over jumps for Skelton in the opening Visit racingtv.com Juvenile Hurdle.

There are 34 entries for the Bet At racingtv.com Novices' Hurdle, with point-to-point winner Get Prepared, now with Ben Pauling, an interesting contender if running here rather than at Sedgefield. Hometown Boy, who ran well on his Rules debut over the course last month, making much of the running, bypassed a similar race at Chepstow on Wednesday and would be another for the shortlist.

Rizzardo is still looking for his first win, but ran well to finish fourth at Chepstow on his last run to suggest that he won't be far away in the George Downing Marries Lucy Sweet Tomorrow Handicap Chase, his only entry of the week.

Dual point-to-point winner Bleue Away could be the answer to the closing George Mernagh Memorial British EBF Mares' Standard Open National Hunt Flat Race, although she also has an entry at Fontwell Park.

The Racing TV HD On Sky 426 Handicap Hurdle and Racing TV Day Pass Just £10 Handicap Chase, both of which have attracted over 20 entries, make up the rest of the card.

"It is a great honour to be welcoming Baroness Grey-Thompson to the racecourse for what is set to be a memorable day” said manager Andre Klein.

“The Sporting Icon Brunch has grown into one of our most popular events we host at the racecourse and it’s a brilliant way to start the day, before heading out of the pavilion to enjoy the racing.

“Our season at Warwick is off to a flying start, with three hugely successful fixtures already and we’re expecting another great card on Friday.”

Tickets for the Sporting Icon Brunch start from £40 per person and gates open at 10.40am, two hours before the first race.