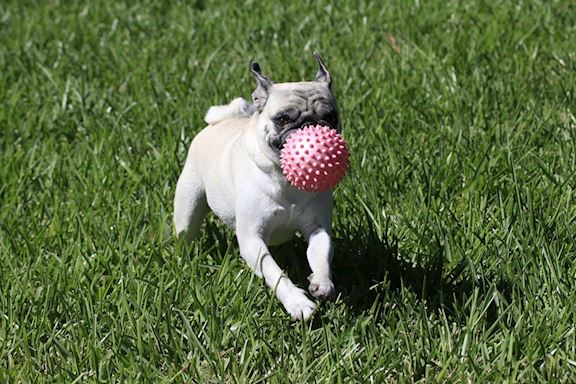 Warwick's dog-friendly Countryside Day attracted a good crowd of canines and their owners on Sunday, as the course again supported its chosen charity, the Warwickshire and Northamptonshire Air Ambulance, with Western Climate landing the feature Sloane Helicopters Handicap Chase over the marathon trip of three miles and five furlongs, writes David Hucker.

The grey mare Goodnight Charlie and Bridget Andrews made a bold effort to take the feature for the second year running, but a mistake four fences from home put paid to their chances, opening the door for Western Climate to go to the front and see off the challenge of Fleminport who, despite the efforts of Jonjo O'Neill Jnr, who had been hard at work from some way out, couldn't close the gap.

Although 13 runners set out in the opening Dreamland Bedding Centre Novices' Hurdle, the betting suggested that only three had any real chance of winning, with Nickolson, ridden by champion jockey Richard Johnson, leading the market ahead of dual course winner Trincomalee and The Cob.

It was The Cob who set off in front, closely followed by the other two but, by the time the runners turned to face the final two jumps, Nickolson had established a clear lead. In behind, 25-1 shot Hooligan, having just his second run, was making relentless progress and he came to tackle the favourite at the final flight and go five lengths clear on the run-in to spring a surprise.

Litterale Ci, last seen out over hurdles when finishing down the field behind the useful Lady Buttons, was an uneasy favourite to land the following EBF Mares' Novices' Chase over two and a half miles, as sustained support for Black Tulip saw her shorten from 3-1 into 2-1.

Sent into a clear lead by Johnson from the start, Black Tulip set a good pace, but was being ridden to hold off her rival as the two turned into the home straight. A good jump at the last fence sealed it for Litterale Ci and her supporters would have been well pleased with the starting price of evens.

The Elizabeth Jackson Charitable Trust Handicap Hurdle attracted the largest field of the afternoon and, with the lead changing in the straight, it was Lunar Baby who delivered the final and decisive challenge in the hands of O'Neill Jnr, riding for his father, to beat Holly James and Moroder.

The Pony Racing Authority Graduates Handicap Hurdle was restricted to conditional and amateur jockeys and it went to top-weight Playa Blanca, forecast to go off at 14-1 in the racecard, but  returned the 7-2 favourite, who jumped to the front at the penultimate flight under Ben Jones  and came away for an easy success.

With just two winning favourites in the first five races, the bookies were getting the best of the results, but punters looked to strike back with Young Bull, who was seeking a four-timer in the Warwickshire & Northamptonshire Air Ambulance Handicap Hurdle over three and a quarter miles.

But, the favourite was denied by 28-1 shot Potters Hedger, trained at Newmarket by Lucy Wadham, who was given a positive ride by Jack Quinlan, coming into the straight with a good lead and always holding Young Bull and Terrierman who fought out second place, but ten lengths behind the winner.