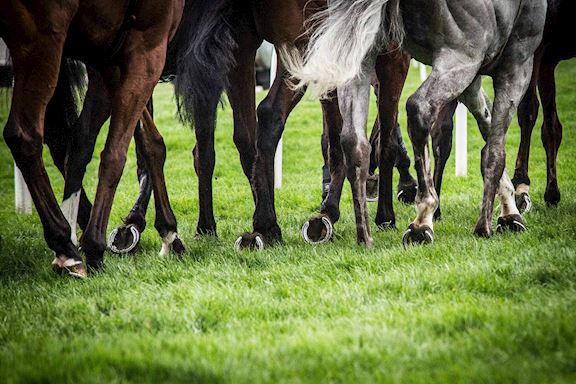 Sponsored by Equi-Trek, the largest producer of horseboxes and trailers in the UK, the 2021/2022 Frequent Runner Championship got underway with Warwick’s two-day meeting on 21st and 22nd September.

The aim is to reward trainers who run horses regularly at the quartet of Jockey Club Racecourses in the South West – Cheltenham, Exeter, Warwick and Wincanton.

All qualifying races are allocated a star rating (* to *****) with trainers awarded full points (star rating) for their first runner and half points for additional runners in the same race. These are based on the average numbers of runners a race has attracted over the previous two or three years as follows:

Trainers were awarded full points for their first runner and half points for additional runners in the same race. Races at The Festival™ at Cheltenham and Hunter Chases are excluded.

There are two categories of trainer in the Equi-Trek Frequent Runner Scheme – those with 40 or more horses and tHOSE with fewer than 40 horses in training.

The successful trainer in the 40 horses or more category wins the use of an Equi-Trek horsebox for a year while the winning handler in the less than 40 horses category gains a hospitality box at The Festival™ in 2023.

The Frequent Runner Championship was established in 1992. Initially limited to races run at Cheltenham, it was expanded to cover all four racecourses Jockey Club Racecourses in the South West region for the 2014/15 season onwards.