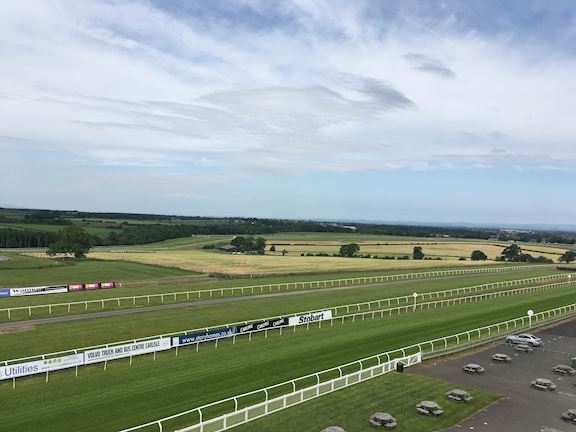 Raring to go as racing returns to Carlisle

Raring to go as racing returns to Carlisle

Racing returns to Carlisle on Monday after a two-month break with 77 runners declared and some intriguing match ups in store.

Highlights among the seven-race card include two Class 3 races providing plenty of interest and prize money of £18,000 each.

Byrnes’ Thosedaysaregone has a win already this year, taking first at Wetherby over 2m 3f. That triumph was enough to see him sent off as joint favourite in Ascot’s Class 1 Holloway's Handicap Hurdle where he finished fourth.

After last year’s success with Blottos, Smith has six-year-old Informateur to saddle this time. He was a winner when favourite at Sedgefield in November and last April was placed in a 2m 3f outing at Carlisle.

Laura Morgan’s Skipping On gets his first run since winning at 16-1 at Sedgefield on Boxing Day, capping a magnificent 2018 which boasted five wins. That sequence included success at Carlisle in April when winning comfortably from Crawfords Mill over 2m 4f.

Justatenner will have some local support for Brampton-based trainer Tristan Davidson. The eight-year-old was last seen at the course in December when fourth in the three-mile Northern Lights Series final.

A 13-stong field will contest the three-mile handicap chase, where another Cumbrian entrant will have strong claims.

Cultram Abbey goes for Greystoke-based Nicky Richards. The 12-year-old ran on strongly to win at Kelso in December but was one of six horses pulled up in the final of the 2018 Veterans’ Chase Series at Sandown in early January. Ryan Day will again be in the saddle.

The Twiston-Davies team of trainer Nigel and jockey Sam currently hold top spot in their respective rankings at Carlisle this season. The former with six wins from 13 and the latter, five from 11.

Their hope Arthur’s Gift will be going for a first win since a run of three successes ended in December 2017.

Champion jockey Richard Johnson partners Groundunderrepair for the second time for Warren Greatrex. First time was a third place when favourite at Kelso in January. Previous history shows a handicap hurdle win at Hereford in April.

Two horses, who have both enjoyed wins at Carlisle, go head-to-head in the 2m 1f handicap hurdle. Rebecca Menzies's Xpo Universel won by 12 lengths over the distance in December while Rose Dobbin's Monfass was a winner in Cumbria in the 2017 Northern Lights finals. 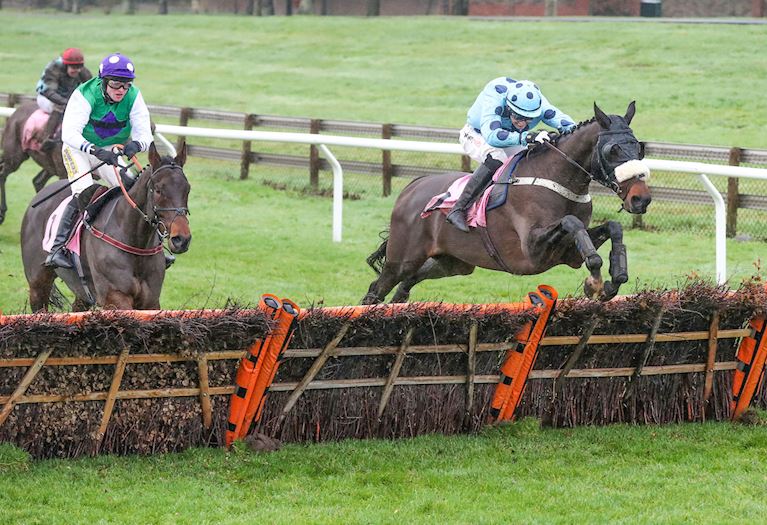 Xpo Universel romping home by 12 lengths at Carlisle on December 2, 2018

There is a welcome return for Lucinda Russell’s one-eared winner Ryalex. The horse caught the public’s imagination after romping to success at Carlisle in November. It was his first appearance without a hood which covered the injury sustained during his point-to-point career.

There was also a third at the track in December and the eight-year-old goes again in a 2m 4f handicap chase, a qualifier for the Northern Lights Series middle distance chasers.

Sue Smith has both Never Up and Absolutely Dylan as contenders. Never Up was a handicap chase winner at the course back in October 2017 and his stablemate has shown good form in winning at Sedgefield and Haydock this season.

Byrnes has The Big Galloper in the opening novices’ hurdle where fellow Irish trainer Stuart Crawford has two entries, Lily’s Gem and Retrace. Lily’s Gem already has a win and runner’s up spot at Carlisle, triumphing in a National Hunt flat race last April.

Carlisle Racecourse General Manager Molly Dingwall said: “Our last meeting was before Christmas which feels like such a long time ago, so we’re all just raring to go.

“We’re guaranteed an afternoon of exciting action over the jumps and hurdles and we can’t wait to throw open the gates.”

About The Jockey Club
Carlisle is part of The Jockey Club which stages thrilling sporting occasions including The Randox Health Grand National, The Cheltenham Festival and The Epsom Derby. Millions of people every year enjoy the special experiences we offer through racing, music, food and entertainment. Governed by Royal Charter, every penny we make goes back into British Racing to help the sport thrive. We were founded in 1750 and today we are the largest commercial group in Britain’s second-biggest spectator sport, operating 15 racecourses nationwide, The National Stud, Jockey Club Estates, Jockey Club Catering, Jockey Club Live and our charity, Racing Welfare.
For more information visit www.thejockeyclub.co.uk