It’s a race which lasts four days and traditionally goes down to the wire – who will be leading trainer at The Festival™ supporting WellChild?

Last year was as competitive as ever as Willie Mullins racked up a sensational four-timer on Gold Cup Friday.

As we prepare for the 2021 Festival we’re expecting the Irish to bring over another strong battalion of contenders for the week’s 28 races but there will be plenty of good horses representing British trainers and their yards too.

Here, Nick Seddon takes a look at four heavyweights of the training ranks, and looks at their chances of glory at Cheltenham this March… 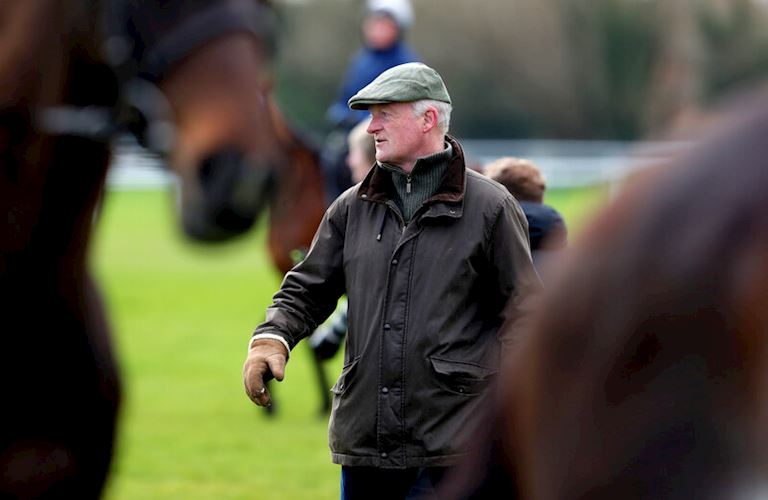 The logical place to start is with last year’s leading trainer Willie Mullins, who is also the most successful handler in the history of The Festival, with 72 wins.

You have to go all the way back to 1995 to find Mullins’ first Festival victory with Tourist Attraction and it’s perhaps fitting that it came in the Supreme Novices’ Hurdle, a race with which he has become synonymous ever since.

Indeed, the names Mullins, (Ruby) Walsh and (Rich) Ricci have been scorned by bookmakers in recent years, with the trio winning the Festival’s curtain-raiser for three successive years from 2013-2015.

Ironically, it was the biggest prize of all that kept Mullins waiting the longest, and having saddled the runner-up on six occasions beforehand, he finally broke his Cheltenham Gold Cup duck in 2019 with Al Boum Photo – who would of course go on to follow up a year later.

The nine year old is now bidding to become just the second three-time winner of the Gold Cup this century, after Best Mate in 2002, 2003 and 2004, and will head up a typically strong Mullins squad at The Festival this year.

The Closutton trainer will have an embarrassment of riches at his disposal and he’ll likely have a favourite’s chance of a seventh Supreme success with Appreciate It, while each of Chacun Pour Soi, Monkfish, Min and Sharjah - to name just a few - will be chasing success in the Ricci colours. 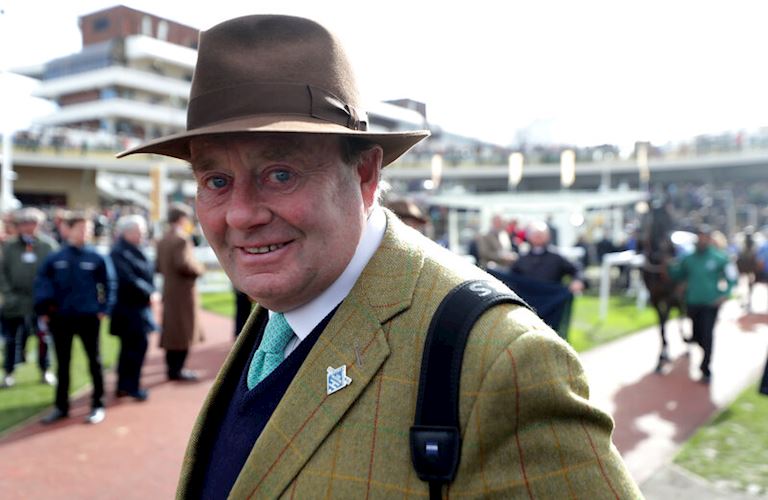 A mainstay at the top of the training ranks is the six-time champion trainer Nicky Henderson.

The Seven Barrows handler has been leading trainer at The Festival on no fewer than nine occasions, sharing the accolade in 1987, 1992 & 1993 and since sealing his first ever Festival success with See You Then in the 1985 Champion Hurdle, he has gone on to saddle a further 61 winners to date. That incredible tally cements his position as the second most successful trainer in Festival history, behind only Mullins.

Henderson has triumphed in 20 different contests at The Festival, winning just about every prize on offer, and has enjoyed the most success in the Champion Hurdle, winning the race a record eight times.

His two most treasured victories however have perhaps come in the race named after his father, the Johnny Henderson Grand Annual Chase, which he won with Greenhope (2006) and more recently with Bellvano (2012).

The mare Epatante’s Unibet Champion Hurdle success in 2020 was one of Henderson’s four victories at last year’s Festival and the seven year old is expected to square up to stalemate and fellow Champion Hurdle winner Buveur D’Air, who took the prize in 2017 and 2018.

Henderson’s team can also boast four-time Festival winner Altior, who would be bidding for a third victory in the Betway Queen Mother Champion Chase if he runs, while both Shishkin and Santini have strong claims of Grade One glory. 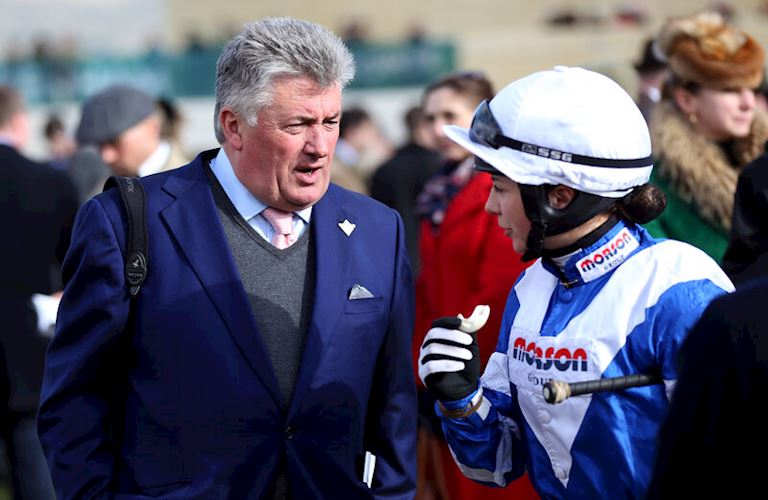 For a trainer with nearly half a century of Festival winners you could argue that, by his own standards at least, last year was not a vintage Cheltenham for Paul Nicholls.

However, he was still able to make his presence felt at the meeting, and became the joint most successful trainer in the Queen Mother Champion Chase, alongside Tom Dreaper and Nicky Henderson, on six wins when striking with Politologue.

The 11-time champion trainer is about as shrewd as it gets when campaigning his horses and his track record for scooping valuable prizes can be traced back to his first ever Cheltenham Festival winner –Flagship Uberalles in the 1999 Arkle Trophy.

Nicholls has gone from strength to strength since and has recorded at least one winner at The Festival for consecutive years since 2003, putting together a prestigious trophy cabinet which has included Cheltenham Gold Cup victories with Kauto Star (2007 and 2009) and Denman (2008).

The Ditcheat handler has won all five Championship races at least once, and the likes of Frodon, Politologue and Bravemansgame lead his battalion this time around.

Leading jockey Bryony Frost teamed up for a memorable success in the Ladbrokes King George VI Chase at Kempton on Boxing Day with the first on that list, and the pair could make history on March 19th if she becomes the first female jockey ever to win Jump Racing’s Blue Riband event. 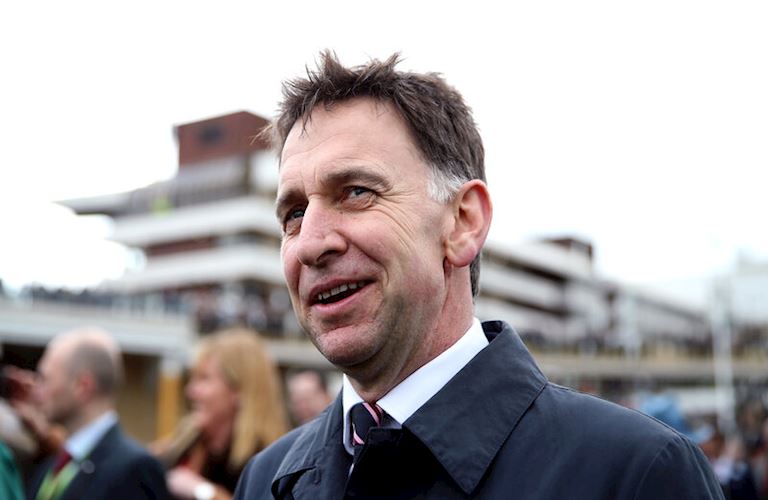 While the final name in this list doesn’t yet boast the same Festival CV as the others above, it has been impossible to ignore the emergence of the Henry de Bromhead stable, which has gone from strength to strength over the past decade.

The Waterford-based trainer burst onto The Festival scene when scooping the 2010 Arkle Trophy with Sizing Europe and since then has taken his tally of Festival winners to nine, with two of those coming at last year’s meeting.

What is particularly striking about de Bromhead’s record is his taste for the very best races, and seven of his nine Festival winners have come at Grade One level, most recently with Honeysuckle in the 2020 Close Brothers Mares’ Hurdle and Put The Kettle On in the Arkle 12 months ago.

The first-named would have a favourite’s chance if heading back to defend her crown this year, though she also has the option of the Unibet Champion Hurdle.

He may not be at the forefront of this year’s markets to win the leading trainer accolade this year, but it would be a shock if de Bromhead is still in single figures for Festival winners come the end of Cheltenham week.

Celebrating the annual challenge between Great Britain and Ireland for Festival winners. The Cheltenham Festival has seen a great rivalry between the home team of British-trained runners and those crossing the Irish Sea for many years.

Racing fans are counting down the days to The Festival™ supporting WellChild. But if you think you’re excited, that’s nothing compared to the buzz the sport’s top jockeys will experience between March 16th and 19th.

Not only will Owners' watch their horses run on the biggest stage of them all, they will also be celebrating Grade One victories. Who will be the Leading Owner at this year's Cheltenham Festival?

This is your place for all the latest news, racecards, and competitions from Cheltenham Racecourse.